Sokratis Dioudis, Kostas Stafylidis, Tryfonas Kazviropoulos, Panayotis Tachtsidis, Lazaros Christodoulopoulos, Stefanos Kapino, Apostolos Vellios, Nikos Ioannidis. Some of these names are familiar to the ear, some are unheard of, all of the above, though, have signed contracts in the last month, with new clubs outside of Greece, representing Greek soccer players abroad.
There used to be a time, before TV rights smashed in the soccer world and forward the local action to all corners of the planet, when having a Greek playing for example in Italy, was the biggest news of the year. Nowdays, with the Greek national team being so high up in the FIFA rankings and after descent runs of Panathinaikos mainly but also Olympiacos and AEK Athens in the European tournaments and of course since the Euro 2004 triumph, major European managers and coaches turn their attention to the Greek market.
For the first time in history, 8 Greek soccer players have signed contracts with European clubs within just one month, a major accomplishment for a country of only 10million, but also whose soccer league does not stand out as one of high status.
Sokratis Dioudis (Aris Thessaloniki – Club Brugge) 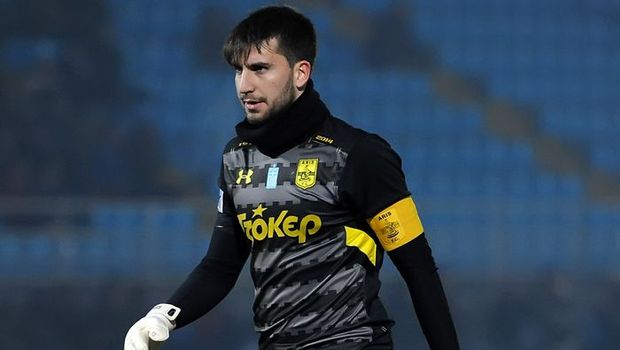 The 1993 born goalkeeper was just bought yesterday for 200.000 euros, from recently relegated Aris to Belgium’s powerhouse Club Brugge. After a full year of starting caps in the A’ Ethniki, the 1.93 keeper will have to fight for a staring position against Australia’s no1 Mathew Ryan, who played in all of the Socceroos’ games in the 2014 FIFA World Cup in Brazil.
Kostas Stafylidis (Bayer Leverkusen -> Fulham) 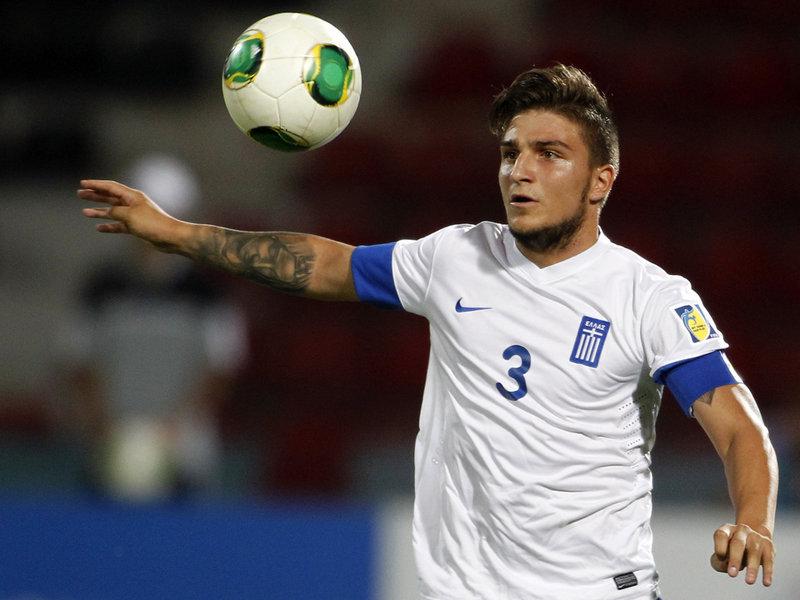 The English team who had two Greek players on its roster last year (Giorgios Karagounis and Kostas Mitroglou) decided to bring over the 20-year-old left back, who impressed with his performances in the 2012 European U-19 Football Championship, where Greece made the final but lost to favorites Spain, but struggled last year at Leverkusen. However, within the first 3 preseason games, the ex PAOK Thessalonikiplayer, has scored 2 goals and assisted 1 more, marking his first days as successful
Tryfonas Kazviropoulos (AEK Athens -> Hellas Verona) 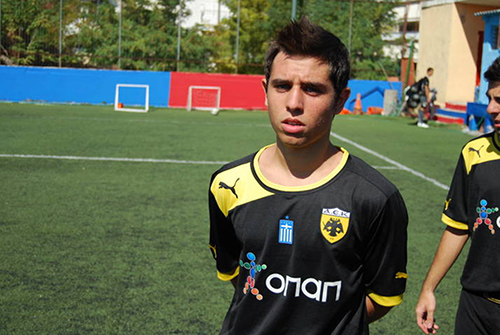 The Benjamin of our list, the 18-year-old attacking midfielder wanted to stay at AEK Athens even though they’re still part of the B’ Ethniki, since it’s like a family to him. For 10 years he’s been wearing the emblem with the doubled-headed eagle, but AEK wanted to send him of on loan, something Tryfonas opposed to. So he became a free agent and went on to sign with Hellas Verona whom, as we’ll notice below, has already attracted 3 more Greeks!
Panayotis Tachtsidis (Genoa -> Hellas Verona) 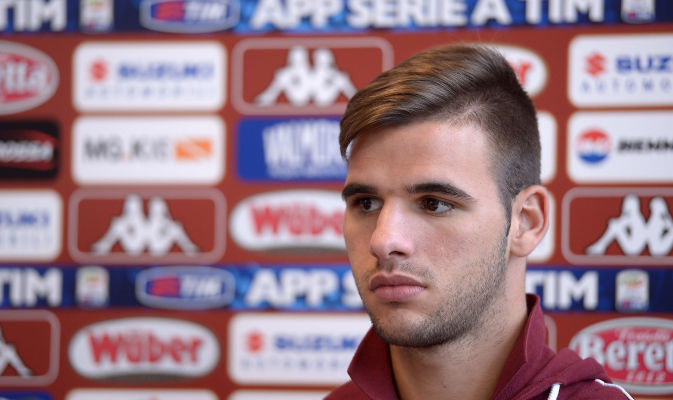 Another AEK Athens kid, Panayotis is only 23, but as a true nomad, he’s already played for 7 (!!) different Italian teams. After succeeding to impress the very demanding Hellas Verona crowd during the 2011-12 season when he made 38 appearances, the North Italian club chose to bring him back on loan, under the same coach he had during his AC Roma spell in 2012-13, Zdenek Zeman. A very talented defensive midfielder with great sight but lack of stamina, Tachtisidis made the 23man World Cup Greek squad but failed to play any games.
Lazaros Christodoulopoulos (Bologna -> Hellas Verona) 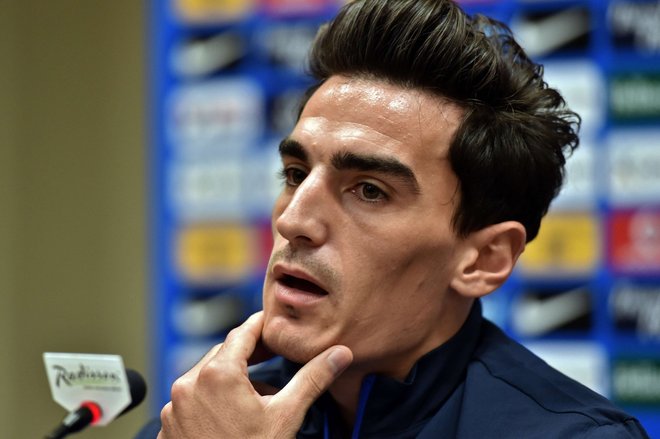 The 3rd Greek of Hellas Verona and one of the three that made the journey to Brazil with the National team (Kapino and Tachtsidis the other two), Christodoulopoulos used to be a joke to PAOK and Panathinaikos fans for his inconsistent play, but now the joke is on them. One of our key players that led the Greek team to the final 16, 27-year-old winger Lazaros has immensely worked on his shot, dribble and most importantly his previously weak mentality, making him a starter for Bologna FC last year and had Olympiacos yearning to have him on their roster till he signed for Hellas Verona.
Stefanos Kapino (Panathinaikos -> FCV Mainze 05) 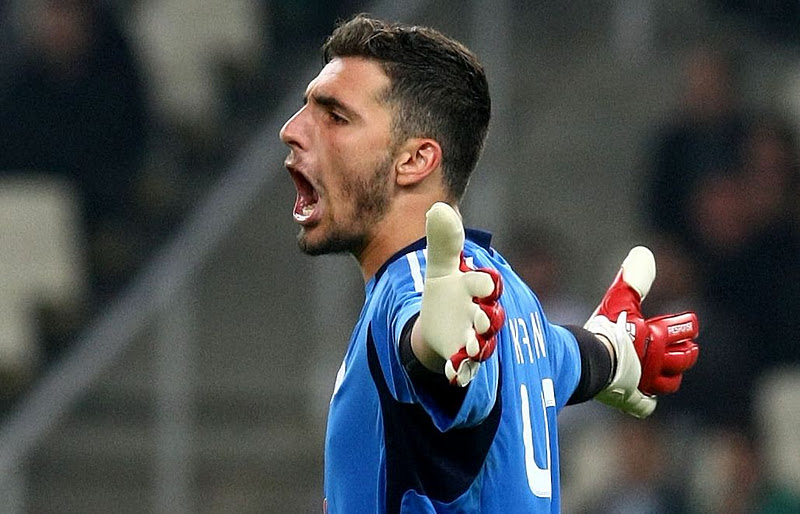 The talented Greek keeper who made his appearance in Greece’s top league in September 2011 making him the youngest one to ever start for Panathinaikos at 17.5 years old (something extremely hard for that position), has just signed a contract that will boost the Athenians by 2.2million Euros. Starting for almost every game last year, the 1.96m No1 helped Panathinaikos lift the Greek cup and compete for a Champions League spot this year. Kapino, who won’t struggle to take the starting  jersey home in his new club as all other keepers are young and inexperienced, is looking to continue the line of great Greek goalies, from Takis Oikonomopoulos (70’s) Nikos Sarganis (80’s) and Antonios Nikopolidis (00’s)
Apostolos Vellios (Everton FC -> Lierse) 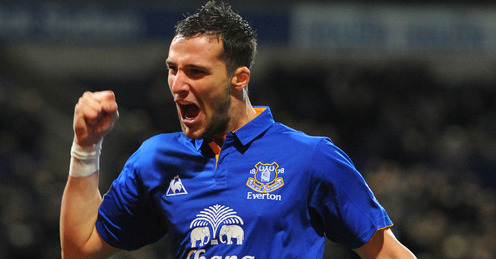 Being one of the most talented Greek strikers doesn’t make you eligible for Everton’s new squad this year. Under Roberto Martinez, the Liverpool based team barely missed out of 4th place and the Champions League last year. In any case, Vellios was never part of the team and subsequently was sent on loan to Blackpool where he also failed to impress. Deemed as one of Greece’s next best things a few years back, the tree-tall center forward (1.93m) has not lived up to expectations. On his new trip to Belgium’s Lierse, Apostolos, who started of at Irakis youth teams, might find the Ithaca he’s been looking for.
Nikos Ioannidis (Hansa Rostock -> PEC Zwolle) 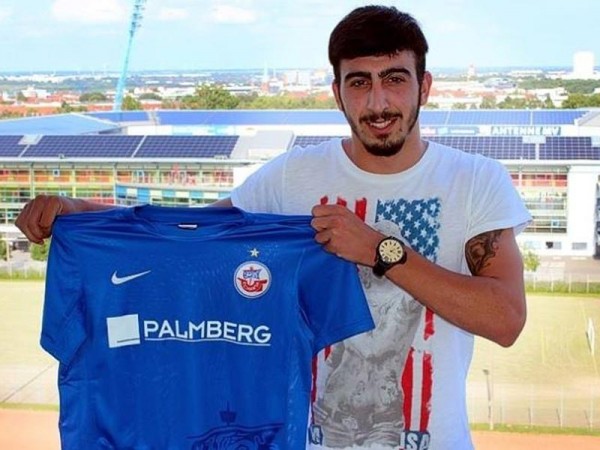 The 20-year-old stiker is to meet Thanassis Karagkounis, the 2nd Greek who’s part of the Eredivie team Zwolle. After a full season with 30 caps and 6 goals for Germany’s 3rd division, the Olympiacos-Borussia Dortmund co-owned player, has found shelter in Holland, where he will try and gain further experience.