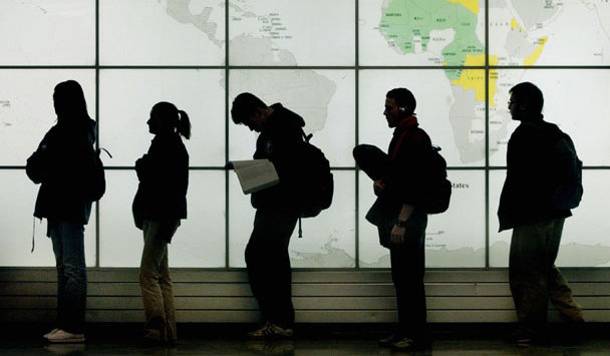 Approximately 140 thousand young Greek scientists and professionals have migrated in the last four years.
According to a study by the Greek Labor Institute of the General Confederation of Workers (GSEE), during the years Greece has been experiencing an economic crisis, a ‘brain drain’ phenomenon has been intensified.
The main reason for this phenomenon is that Greece is unable to assimilate those who have more complex skills. In Greece there is a limited demand for college graduates and not an abundance, as one would think. Greece continues to be behind when it comes to offering job opportunities to young skilled professionals or young college graduates in comparison to the rest of the European Union.
Although in other developed countries unemployment is falling as education standards rise, Greece is not following this trend. Rather the opposite is happening. According to the INE-GSEE study, under the title ‘The Young and Employment Policies,’ approximately 114 to 139 thousand Greek scientists are working abroad. The fact that youth unemployment is showing a significant rise, especially in the age group 15-30, is the main reason why many skilled and educated young Greeks have decided to move abroad.
The number of Greeks who have applied for a job in another member state of the European Union has increased. According to data provided by the European Employment Service (EURES) and the European Commission, in January 2014, Greeks have uploaded 43 thousand CVs in the EURES electronic job service, in comparison to 39 thousand a year earlier.
The percentage of workers in Greece who are ready to move and work in another member-state has increased from 27 percent in 2011 to 29 percent in 2013, while the EU rate has decreased from 28 to 25 percent. The greatest increase was noted in Cyprus, where the rate increased from 20 percent to 35 percent.