Ancient Cheimarros Tower on Naxos to Be Restored 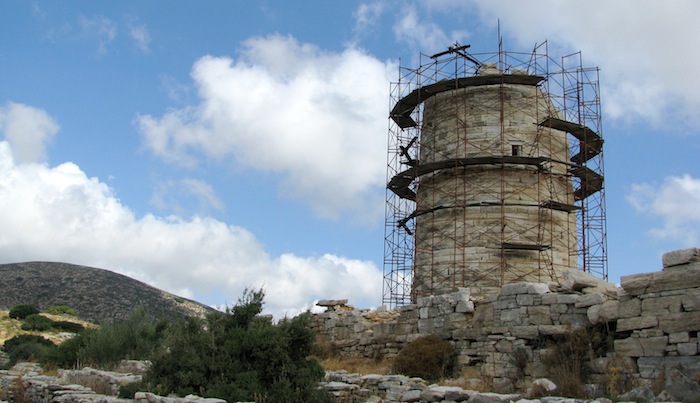 One of the most important monuments on the island of Naxos, Greece, and one of the most remarkable in the Aegean Sea, Cheimarros Tower, will be restored following the approval of the Greek Central Archaeological Council.
The 15m-high circular double wall tower of Cheimarros (is one of the highest monuments of this type, its height was 17 metres initially). It was constructed at the end of the 4th century BC for defence purposes. It was made of local white marble without a binding agent and with great skill that indicated the high quality of stone carving in the classical antiquity.
Cheimarros Tower was declared archaeological site in 2011 along with two adjacent Byzantine churches, a part of an ancient road and part of the Tower’s fencing wall.