GRNews
GreekReporter.comGreeceInternational Champions Cup 2014: Olympiacos travels to the US and Canada

International Champions Cup 2014: Olympiacos travels to the US and Canada 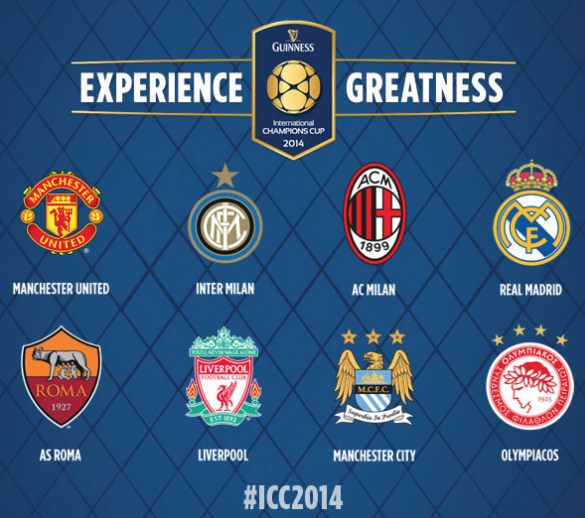 International Champions Cup
Olympiacos will participate in the most prestigious soccer pre-season tournament in the world this summer. The International Champions Cup returns for its 2nd season in 12 cities across the US and Canada and 13 stadiums in total.
It was dubbed as a massive success last year, after 70.000 fans rushed to fill up the final in Miami when Real Madrid battled against Chelsea. 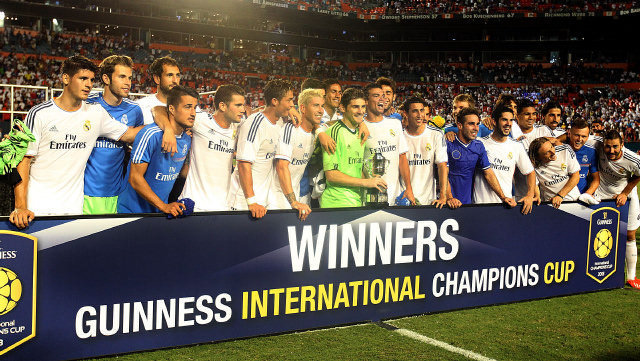 Participating Teams
This year, top teams from Europe will compete in 2 groups of 4 teams in a round-robin format.
Cup holders Real Madrid, Manchester Utd, Inter Milan and AC Roma will play against each other in the 1st group, while Liverpool, Manchester City, AC Milan and Olympiacos will do the same in the 2nd. The group winners will advance to the final which will take place at the Sun Life Stadium in Miami, FL.
Olympiacos’ schedule
The tournament will begin on July 24th, with the first game being held in the BMO Field in Toronto between AC Milan and Olympiacos. The rest of the Legend’s matches are on July 27th vs Liverpool and August 2nd vs Manchester City in Chicago and Minneapolis respectively.
Greek fans that are interested in joining the fun can buy tickets on the international tournament’s official site here.
The Roster
Established as one of the most popular (not yet dominate…) teams in Europe, Olympiacos has been invited to be part of this clash of soccer/football titans. Coach Mitchel announced the 27man squad that will travel to the States and Canada:
Roberto, Mejieri, Houtetsiotis, Manolas, Maniatis, Samaris, Saviola, Bong, Papazoglou, Fouster, Endiga, Hosemi, Dominguez, Siovas, Abidal, Papadopoulos, Elabdellaoui, Mazuaku, Diamantakos, Avlonitis, Kolovos, Yatabare, Dosσevi, Gazarian, Bouhalakis, Salino, Holebas 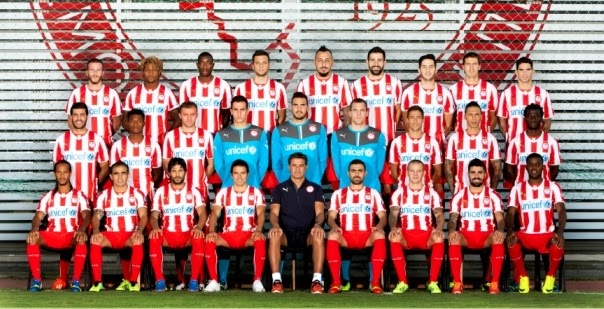