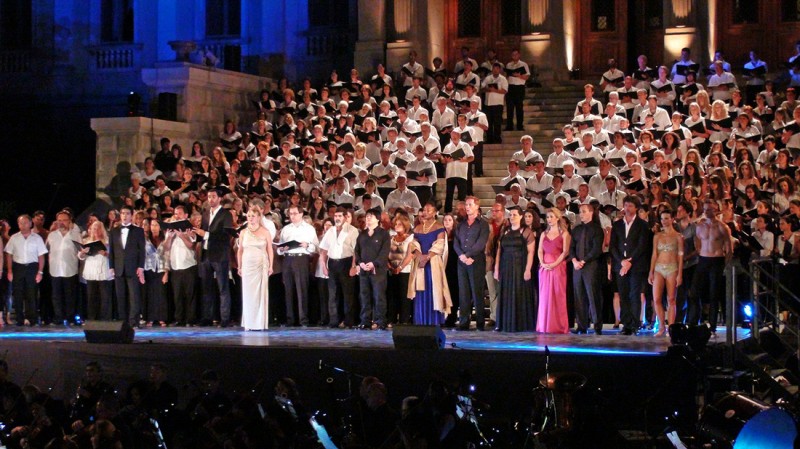 The “Manolis Kalomiris” choir from Greece won the Silver Diploma in the category “Mixed Choirs” at the 8th World Choir Games taking place in Riga, Latvia until July 19.

Over 480 choirs from 74 countries participate in the world’s largest choir competition. “Manolis Kalomiris” choir started its musical journey in 1989 as a children’s chorus under the professor of Musicology in Athens University, Nikolaos Malliaras.

The choir has worked together with major symphony and choir groups such as the London Philharmonic Orchestra and the National Symphony Orchestra of former Greek National Broadcaster (ERT).

The choir repertoire included “Carmina Burana” by Carl Orff, Choral Finale “Ode to Joy” of the 9th Symphony by Beethoven, Greek and foreign songs, as well as nursery rhymes by Manolis Kalomiris and musical tales by Nick Xanthoulis.