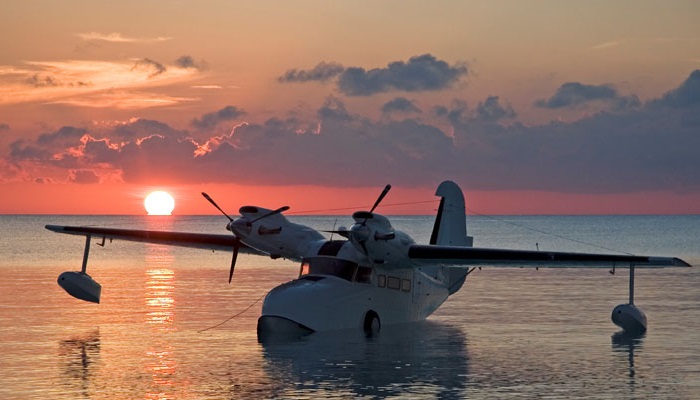 CNN recently made a tribute to the services of the Hellenic Seaplanes company for its aim to connect more than 100 locations throughout Greece by 2016. The first routes will be launched in May 2015.
The company was founded in 2013 and is headquartered in Athens, Greece. It will offer affordable tickets, providing a much faster alternative to ferries. The company’s fleet consists of a 12-seater Dornier Seastar and a 19-seat Twin Otter amphibious aircraft that can land on water. Hellenic Seaplanes will be able to serve smaller Greek islands currently unconnected by air.
Some of the places where the company will operate are:
Crete: The company aims to connect harder-to-reach areas in southern Crete, such as Sitia, Ierapetra, Sfakia and other small villages facing the Libyan Sea including the island hotspots of Chania, Heraklion and Agios Nikolaos.
Visitors will have the chance to explore lesser-known archeological sites like the Minoan Palace of Zakros, the gorges of Orino and Kato Zakros, and monasteries such as Preveli and Chryssoskalitissa.
Pelion: Pelion mountain, located between the Pagasetic Gulf and the Aegean Sea in central Greece, is already a popular destination among local residents. Hellenic Seaplanes will give tourists the chance to enjoy its mountain, coastal villages and pebbly beaches.
Skyros: Skyros is expected to be one of the first in the Sporades complex of islands to host seaplane services, with a waterway being constructed at Linaria port. The northern part of the island with its rich vegetation is typical of Sporades while the wild scenery in the south is similar to that of Cyclades.
Kavala: The city of Kavala, located on the slopes of Mount Symvolo in northern Greece, is one of the country’s most popular coastal cities. Kavala is an ideal place for both winter and summer vacations as it combines amazing beaches and a picturesque city centre. The neighboring island of Thassos, unaffected by mass tourism, is also a place worth visiting.
Lefkada: The Ionian island is considered one of the most popular Greek islands, combining elements of the mountainous mainland with turquoise beaches. Vasiliki port in the southern part is ideal for wind-surfing, while the west coast is home to stunning emerald beaches such as Egkremnoi, Kathisma and Porto Katsiki. Lefkada also hosts the International Folklore Festival each August.