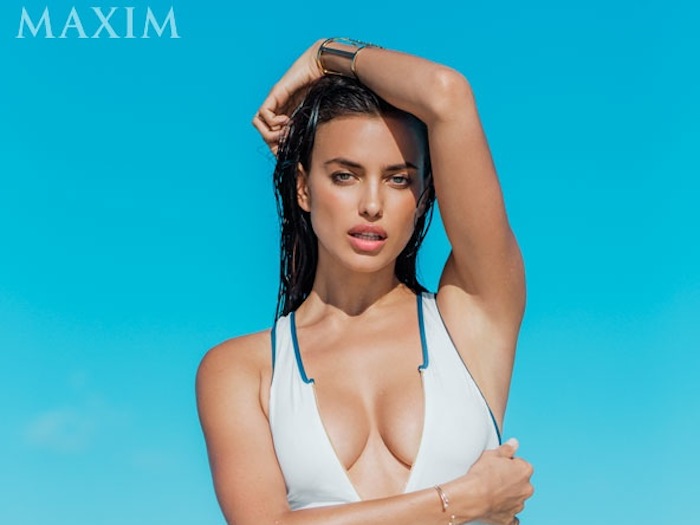 While her soccer-star boyfriend Cristiano Ronaldo was relaxing on the island of Mykonos after Portugal’s World Cup loss earlier this month, supermodel-turned-actress Irina Shayk graced newsstands on the cover of Maxim in a sexy island photoshoot.

Shayk, who stars in the upcoming epic “Hercules,” spoke to the magazine about her role as Megara in the film. Playing the love interest of a Greek mythology hero might sound like a lot to live up to, but she didn’t seem to be too worried.

“Greek mythology! Irina is a Greek name, so I think: Maybe it’s destiny?,” the Russian beauty said in the July/August Maxim issue on nabbing the part.

Irina does, in fact, get its roots from ancient Greek. Derived from the word εἰρήνη, Irina means “peace.”

Shayk’s other relation to Greek mythology comes in her role as Megara, the oldest daughter of Creon, king of Thebes, who was offered to Hercules as a reward after defending Thebes from the Minyans.

You can check out Shayk in “Hercules” when the film hits U.S. theaters on July 25.