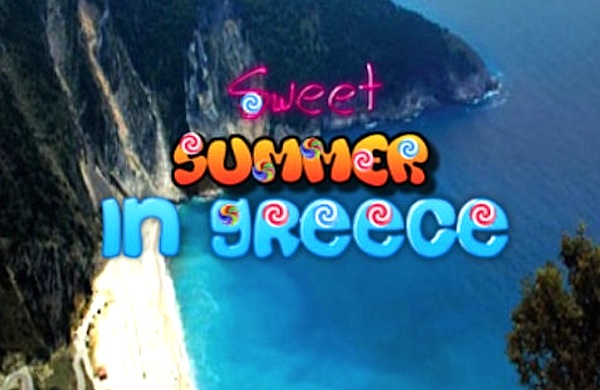 “Sweet Summer In Greece” is a free puzzle game for Android developed by a group of Greek developers, Hercules Apps and Games. This game aims to portray the beauty of Greece in a different way, not just by showing beautiful pictures.
The goal is to help tourist Dona, who came with a group for vacation in beautiful Greece, find her brother who was lost while looking to buy some sweets. The gamer has to find him before time runs out and the group leaves the area.
Higher levels are more difficult because the visible area of the game is getting smaller but various bonus items appear during the game, giving extra time.
“Sweet Summer In Greece” is a free application for Android and can be downloaded via Google Play and Amazon online store.
There are many attempts by software companies to set up games based on Greek archaeology, history or mythology, even from the early stages of the industry, like God of War, an award-winning, critically acclaimed and best-selling action-adventure video game series loosely based on Greek mythology.
Here is a list of the Top 10 games based in Greek mythology:
#10: Wrath Of The Gods (PC)
Knowledge of Greek myths is required in order to to play this game.
#9: Titan Quest (PC)
Think “Diablo 2” but with mythological elements and locations.
#8: Zeus: Master of Olympus (PC)
This game is for anyone interested in Greek Mythology.
#7: Kid Icarus (NES)
While not directly related to any particular myth, several mythological figures appear in the game, sometimes leading into unexpected events.
#6: Hercules Action Game (PS)
Based on a Disney movie. Sure, the way to kill the Hydra is rather innacurate, but the game is quite good.
#5: God of War (PS2)
Slightly more limited than its sequel, this game has a few mythological references, such as using Medusa’s head to turn people into stone, just like Perseus did.
#4: Age of Mythology (PC)
Visits to Troy, the presence of Odin’s Ravens and Pyramids, among other elements, turn this into an interesting game for those interested in mythology, being Greek Nordic or Egyptian.
#3: God of War II (PS2)
It may be one of the most violent games ever created but it’s filled with mythological references. The hero eventually faces the ruler of Olympus and several classical figures, such as Perseus, Euryale and Theseus, along with many surprises.
#2: Herc’s Adventures (PS)
Despite mocking Greek Mythology, this game turns out being quite interesting. After initially picking a hero between Hercules, Atalanta and Jason (each character being directly connected to the myths), the conversion is done in a cute way, with the most famous of Greek heroes depicted as a powerful human that (literally) takes a long time to travel. A special mention should be given to the “Game Over” screen: there is none. Instead, each time the character dies, he (or she) is transported to the realms of Hades, from where they must escape.
#1: Age of Mythology: The Titans (PC)
The original game was quite good but sometimes lacked the importance of the gods and mythological creatures. This expansion gives access to the Titans, giant creatures who can literally crush a civilization, making the gamer feel like he’s actually playing god.