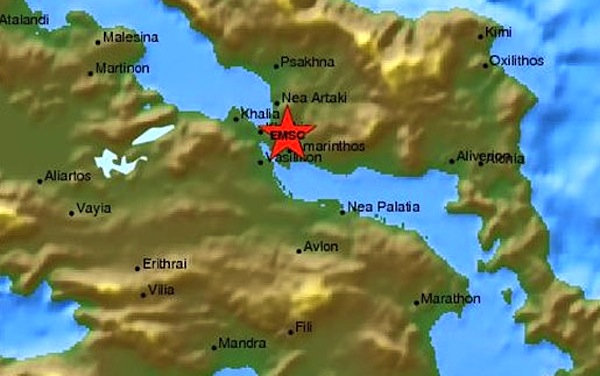 An earthquake of 4.3 magnitude on the Richter scale rattled Central Greece, today, July 11 at 12:46 pm. The areas where the earthquake was mostly felt were Chalkida and Eretria, while Athenians also felt its impact.
According to the Institute of Geodynamics the epicenter of the earthquake was in the city of Chalkida, Euboea, 54 kilometers north of Athens. The focal depth of the quake was detected at five kilometers.
Historically, earthquakes have caused widespread damage across central and southern Greece, the islands of the Ionian Sea, Crete, Cyprus, Sicily and other neighboring regions.
In January, a series of strong earthquakes on the western island of Kefalonia damaged hundreds of homes and injured more than a dozen people.