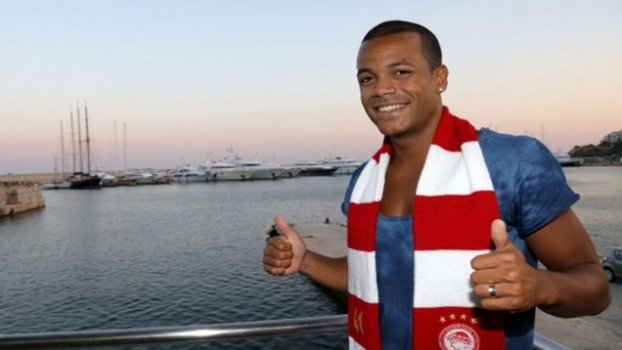 Greek soccer champions, Olympiacos, announced their second and third signing of the summer, after completing the transfers of Arthur Masuaku and Matthieu Dossevi.
Dossevi was born in Chambray les Tours, France on February 12, 1988 and played for the past four years at French club Valenciennes. He made 111 appearances and scored 10 goals. His playing position is winger.
Masuaku also played for Valenciennes and last year he scored 1 goal in 27 games. He is 20 years old (born on November 7, 1993, in Lille) plays as a left back and occasionally as left midfielder. The 1.82 m Frenchman has made 5 appearances in the French National Teams U18 and U19.
The two transfers were completed just a few days after Olympiacos announced the signing of former Barcelona star, Eric Abidal. The 35 year–old French defender mentioned that playing at the apex of club football was his primary consideration in making the move. “For me, it was an aim to be able to play in the Champions League,” the Frenchman told uefa.com.
“It’s a new country and a league I don’t know, but Olympiacos are a big club who have ambition and who want to win things. My job is to bring my experience to this team and help them as best I can to win more trophies.”
“I know the supporters here are crazy, but I like that; it’s a good sort of crazy, because it pushes the team on and helps us achieve things. The fans will be very important in helping us win the difficult matches.”