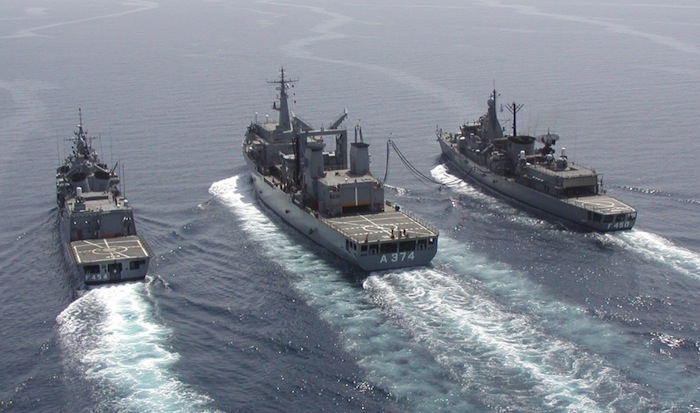 Bulgaria (AP) — Bulgaria’s Defense Ministry says that NATO ships are taking part in international drills amid stepped-up presence of alliance forces in the Black Sea, at the same time that Russia’s Black Sea Fleet is on maneuvers.

The Bulgarian ministry said that it was hosting the annual “Breeze 2014” exercise, which began on Friday and is expected to run through July 13 in the western part of the Black Sea.

Ships committed by Bulgaria, Greece, Romania, Turkey, and the U.S. will take part in the drills, and the NATO group of mine-clearing vessels has dispatched four ships.

In Moscow, the Russian Defense Ministry said maneuvers of the Black Sea Fleet began Friday, involving about 20 ships and more than 20 aircrafts which practiced missile launches.

Copyright 2014 The Associated Press. All rights reserved. This material may not be published, broadcast, rewritten or redistributed.