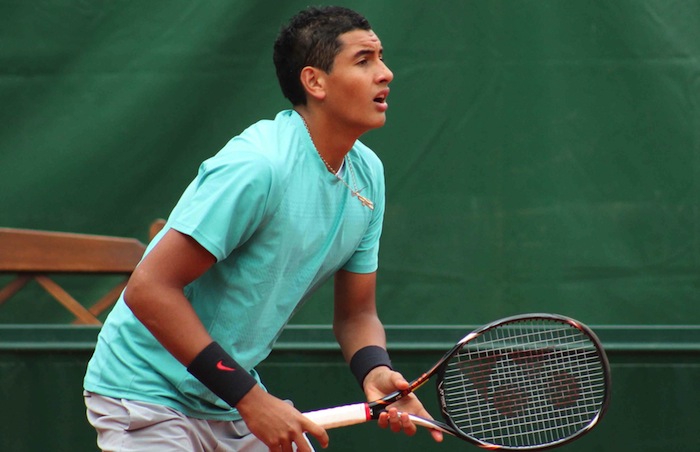 The No1 seeded player on the ATP rankings and recent winner of the Roland Garros has just lost 3-1 to Nick Kyrgios.

The Greek-Australian caused the biggest upset of the tournament so far and one of the biggest ones in tennis history by taking out Rafael Nadal in the 4th round of the SouthWest London tennis open. The 19-year-old knocked out the World No1 with a 6-7, 7-5, 6-7, 3-6 victory and an incredible 37 (!) aces compared to Nadal’s 11. The 1,93m player is heavily known for his impressive aces, however it was his huge 70 winners against the opponent’s 44 that eventually gave him the win.

Kyrgios, who’s father is Greek and mother Malaysian, is participating in his 3rd Grand Slam this year, after taking part in the Australian open where he managed to reach the 2nd round and the French Open in which he was defeated in the 1st round.

The 1995 born rising star will face Milos Raonic whom he lost to in the French Open for a position in the semi-finals against either Stan Wawrinka or megastar Roger Federer.

The teenager edged out Nadal with an ace, after having 3 match points to his hand and of course the whole crowd on his side. The Spaniard from Mallorca was unable to keep up with Kyrgios’ powerful serves so now he will be taking his summer holidays sooner than expected.

Nickolaos said of his stunning victory: “I was in a bit of a zone out there. I didn’t really notice the crowd. I played some extraordinary tennis. I served at a really good level all the way through the match!”

His little dance moves after each winning point were partly because he didn’t know what else to do but they definitely served him justice after one of the greatest plays seen in tennis history.