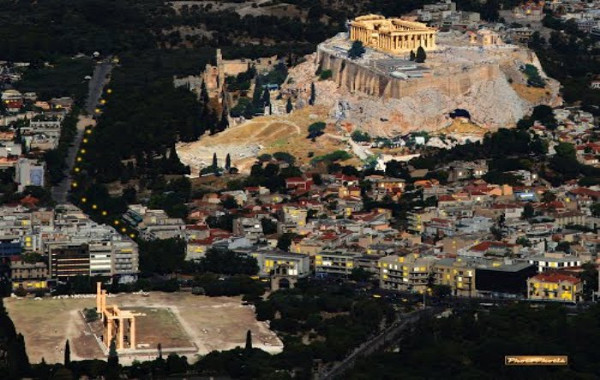 The Greek National Opera will perform a large open air surprise concert following a program of events hosted in unexpected places to show its continuous artistic outward trend. This time the “culture attack” will happen at the archaeological site of the Temple of Olympian Zeus instead of the town center, on Tuesday, July 8, at 8:30 p.m. With a stunning Acropolis backdrop, GNO acclaimed soloists and choir will perform arias, duets and choruses from popular operas in Greek.
GNO soloists and choir will be singing in Greek some parts of the most famous operas, such as Rossini’s “The Barber of Seville,” Verdi’s “Traviata,” “Macbeth,” “Nabucco” and “Othello” and Bizet ‘s “Carmen” and “Pearl Fishers”. It is an attempt to honor the Greek National Opera’s great and longstanding tradition, whose archives contains excellent translations in Greek of librettos from all the famous works, since all operas were interpreted in Greek until the late ’70s.
The audience will have a unique opportunity to get acquainted with “Loukìa tou Lammermoòr” instead of “Lucia di Lammermoor,” as well as the Greek version of “The woman is fickle” – “La donna è mobile,” from Verdi’s Rigoletto.
Admission is free. Tickets will be distributed at the entrance of the venue two hours prior to the concert on a first-come, first-served basis.