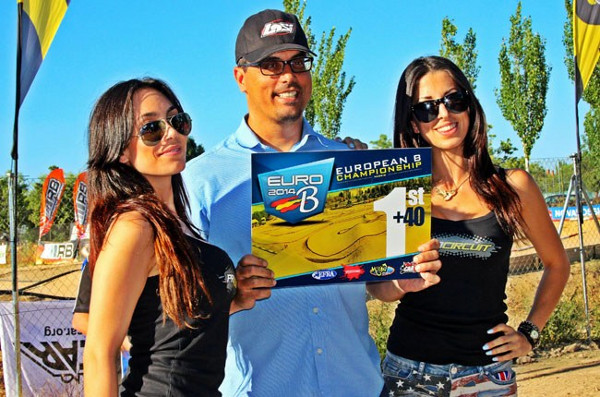 Konstantinos Agrafiotis honored his title and won first place in Senior 1/8 Buggy Cart Competition for the second time, under the umbrella of European Federation of Radio Operated Model Automobiles, EFRA, where Greece belongs to. This year the competition was held in Madrid, Spain.

The radio controlled car models run on fuel and can reach high speeds since they are original racing cars equipped with full settings. Up to 150 drivers from countries across Europe were gathered to participate in this year’s race.

Konstantinos Agrafiotis, who is a famous driver in the European racing community, managed to win first place in Senior buggy and become European Champion despite having very strong rivals.

The driver, who lives in Greece and Cyprus, participated in the TLR Bullitt race in Spain with the support of RadioControl.gr. Despite the limited budget, he will try to participate in several more competitions in 2014, held mainly in Austria and Germany.

The Hellenic-American Chamber of Commerce will sponsor the first virtual tour of the Acropolis Museum, to take place on April 10 at 11 AM EST.
Europe