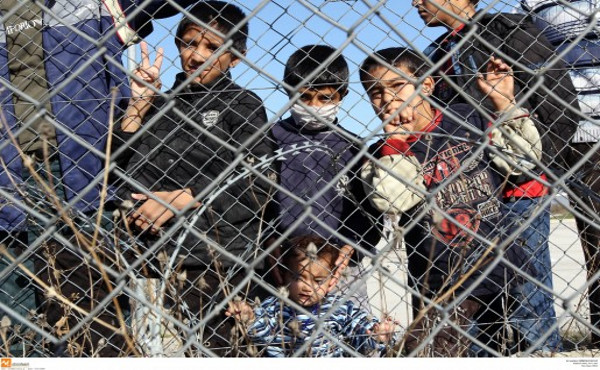 A meeting was held in Athens, Greece among  the Greek Minister of Defence Dimitris Avramopoulos, the Minister of Justice Charalampos Athanasiou, the Minister of Public Order and Citizen Protection Vasilis Kikilias and the Minister of Maritime Affairs, Miltiadis Varvitsiotis, on the issue of illegal immigration.
The serious problem of illegal immigration, not only remains unsolved, but is getting bigger and more serious every year, despite the fact that the Greek government is claiming the opposite.
Although the long discussed anti-migrant border fence in Evros, northern Greece, was supposed to prevent illegal immigration, data reveals the opposite. It is worth mentioning that during the first semester in 2013 almost 4,500 people entered Greece without legal documents, while in 2014 the corresponding number is about 9,000. This number indicates a 50 percent increase and proves the “sieve” wall is completely ineffective.
The great increase of illegal immigrants is mainly due to the recent crisis in Syria and as figures show, a clear stream of refugees flowing into Greece is observed.