GRNews
GreekReporter.comGreeceΤhank you Greece, you made us proud once more ! (video)

Τhank you Greece, you made us proud once more ! (video) 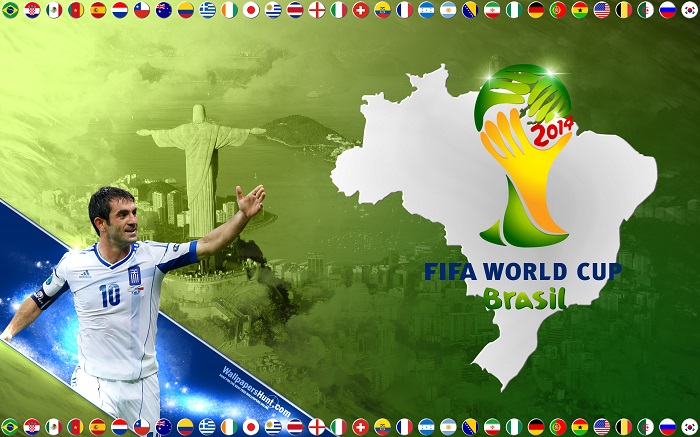 When you lose in a World Cup it hurts, you cry, you suffer. It’s an awful feeling. Yet, you can lose and still feel proud! The Greek National Soccer Team lost in its game against Costa Rica in the penalty shootout (and that hurts more!), but the players, the manager and 20 million Greeks all around the world can feel proud! Proud because the team’s players say goodbye to the World Cup with their heads held up high! They were a better team than Costa Rica, who scored at the beginning of the 2nd half and ever since, for the next 40 minutes of the game, plus the 30 minutes of extra time, they defended constantly without even coming close to Greece’s area.
Greece, deserved to qualify, but Keylor Navas, the Costa Rican goalkeeper was unbelievable! He is one of the best goalies in the world. Navas was voted the best goalkeeper in “Primera Division”, the Spanish championship. He plays for Levante FC. The 27-years-old Costa Rican made more than 5 incredible repulses and helped his team advance to the round of 8. He even caught Fanis Gekas’ penalty. Some disgraceful compatriots blamed Fanis Gekas for losing the game. However, only a man with a great amount of courage could have taken a penalty kick in a World Cup. Gekas took a good shot, but Navas’ repulse was awesome. In addition, Greece’s goal against Costa Rica came after Gekas’ challenge, who also scored many important goals for Greece in the qualifying stages.
Greece’s manager, Fernando Santos leaves after 4 years of success, proving he was a worthy successor of Otto Rehhagel. We are grateful for his work and for his love for our country. An authentic and sincere philhellene! For the first time in football history, Greece is among the 16 best teams of the world. And credit goes towards all the players of our national team and its Portuguese manager.
Another member of the Greek team, Giorgos Karagounis also says goodbye. Karagounis is a legend! He leaves the Greek National team after 139 caps. The 36-years-old midfielder is the definition of a player who plays with passion for the emblem on his shirt. Thank you Giorgara for the memories!
Well done Greece, let’s hope people start to respect this team, because it deserves it! We will always be there, on your side…