WORLD CUP: Watch how the Greek Players Celebrated their Win 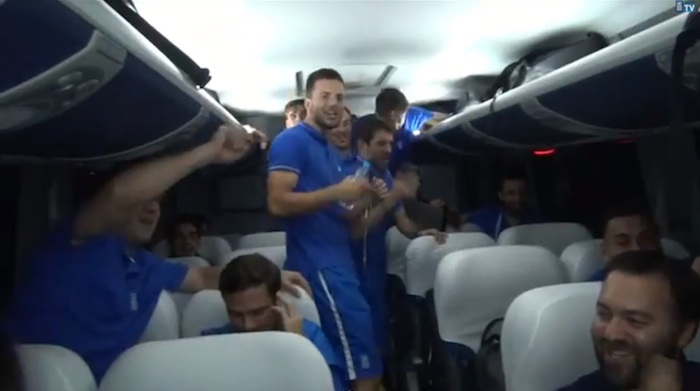 Georgios Samaras’ penalty pick against Ivory Coast in the last minute of the game gave Greece not only a victory, but also the passage to the last 16 round of the World Cup. The Greek national team players were delighted, after having passed to the knockout stages and celebrated  in the team bus from “Casteao Stadium” to Fortaleza Airport moments after qualification.
The footage you will watch was released by the Greek National Team official YouTube Channel. All the big Greek stars made an appearance in this video, with Samaras looking rather exhausted and excited at the end of the clip. Sokratis Papastathopoulos took a video of Costas Manolas trying to climb on the bus’s roof!
During the journey the players sang: “I came to Brazil to win the Cup and to drive everybody mad! (Στη Βραζιλία ήρθα, κούπα να πάρουμε, να τους τρελάνουμε)”