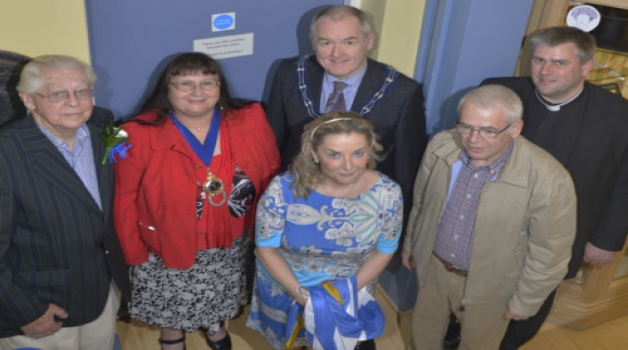 Andreas Kalvos was a romantic Greek poet born on Zakynthos island, Greece in 1792. He died in 1869 in Louth, UK, where he had spent his last years running a young ladies’ school with his wife Charlotte.

In honor of his memory, the Louth Naturalists’, Antiquarian and Literary Society and the Hellenic Foundation for Culture in the UK, organized a special ceremony to celebrated his life and work. During the event, a plaque dedicated to him was also unveiled by the representative of the cultural Section of the Greek Embassy and the Hellenic Foundation for Culture, Dr Victoria Solomonidis. The plaque is now located in Louth Museum.

After their death, Andreas Kalvos and his wife were buried in the graveyard of St Margaret’s Church, Keddigton, near Louth. In 1960, however, their remains were transferred to Kalvos homeland, Zakynthos, where they rest ever since.

Nobody knows what Andreas Kalvos looked like, since no known portrait or photograph of him exists. This is why the Louth Museum has published a photograph of his wife Charlotte, making an appeal to anyone who may hold a photo, where she is recognizable, to seek for Andreas Kalvos as well and let the museum know of his findings.

The health of Greek convicted terrorist Dimitris Koufontinas has swiftly deteriorated lately, it was made public on Saturday evening.
Europe

Thursday's coronavirus summit resulted in a surprisingly swift decision to issue vaccine certificates to ease travel by the Summer of 2021.
Cyprus