Carnage of the Innocence 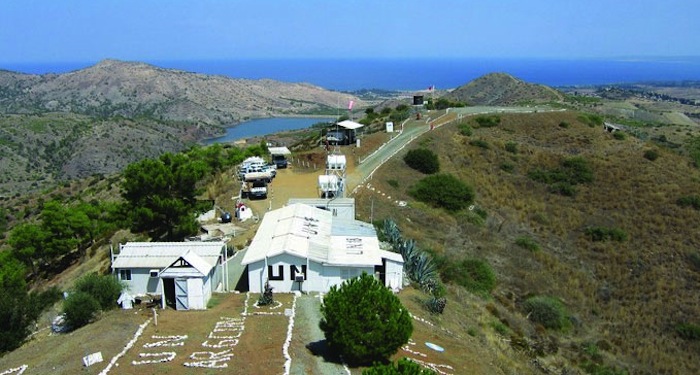 Humanity is witnessing chaos in a number of countries across the world, as innocent civilians are forcibly trapped in a vicious cycle of hopelessness, brutality, and indifference. According to data released by the UNHCR on the occasion of the World Refugee Day, more than 50 million people were displaced in their own country by terrorist actions. Every day, we are witnessing merciless killings of biblical proportions, mass graves, rapes, refugee cases and atrocities committed by Jihadists in the name of God.
Extremist militant radicals, such as Boko Haram, ISIL Sunni Jihadists, Hamas, Al Nusra Front, Al Qaeda, the Taliban, Al Shabaab in Somalia and other fundamental groups are on a bloodbath trail and have one goal in mind: waging Jihad (Holy War) against the perceived “enemies of Islam”.
Armed to the hilt, the ISIL and Al Nusra Front’s prime objective in the Eastern Mediterranean is to re-establish the Islamic Caliphate – a repetition of a historical past – in the Levant Region, which covers Cyprus, Israel, Jordan, Lebanon, Syria, Palestine, and part of southern Turkey (the former Aleppo Vilayet).
Like a rolling stone gathering pace, their power is increased. US Secretary of State, Mr. John Kerry did not cover his words and was very clear about the imminent Jihadist threat against western nations and warned that: “No country is safe.”
Many questions come to mind: who finances those militants to purchase such sophisticated and state-of-the-art weaponry? Which banks do they use to complete their business transactions? How do they transfer millions internationally from one unethical bank into another without interception? Who are those companies and arms manufacturers willing to do business with such people?
In fact, western governments, including the EU, know precisely who those suppliers are and also whom they bank with, and yet, they fail to go after the culprits and prosecute those same banks and their agents. Killing thousands in the name of profit, is justified as any true capitalist will claim; “its only business!” Banks are not above the law to decide who should live and who should die and must be held accountable for their unethical practices.
Should Cyprus worry?
Considering what is happening across the Eastern Mediterranean the answer is self-evident. However, the millions of decent law-abiding citizens of the Muslim faith cannot be linked with those militias and are certainly not a threat to anyone. But the possible flow of Jihadist radicals reaching our shores through Syria, Turkey and the occupied part of Cyprus poses a real threat for all the citizens of Cyprus.
It is wiser to take decisive measures and be safer today than be sorry tomorrow! Do our politicians take such issues seriously? We certainly hope so!