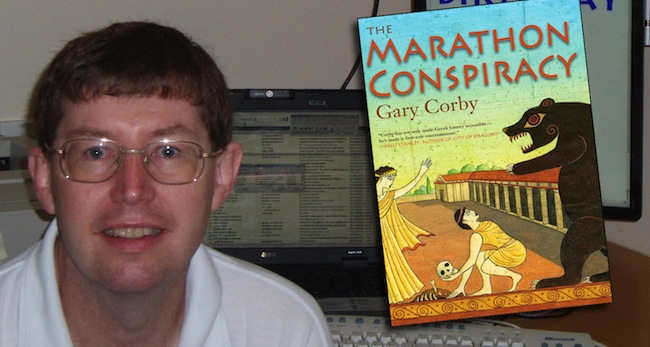 Gary Corby is an esteemed Australian author whose series of four books about ancient Greece has become a great hit. In the latest installment of the series, “The Marathon Conspiracy,” protagonist Nicolaos, ancient Greece’s first detective, is faced with yet another crime.

Nicolaos has finally come home after solving several crimes in order to marry Diotima, a beautiful priestess. However, his joy will not last long as his initiates find a dead body in the Sanctuary of Artemis. The dead body is Hippia, a tyrant who used to dictate ancient Athens, leading to the famous battle of Marathon when Athenians fought to bring him down.

After the two initiates are also found dead, Nicolaos is called to investigate the case and solve the crime.

The smart, funny and quick pace of the book is very entertaining for all readers who are interested in a good murder mystery. Corby managed to incorporate his sense of humor in the story making references and jokes about various historical events that have not happened yet. For example, when speaking with his father, Nicolaos says that his brother, Socrates, one of ancient Greece’s greatest philosophers, will never succeed in life.

However the book is more than just an entertaining murder mystery novel. It is also historically significant because it sheds light on the events around the time of the battle of Marathon, and the time when ancient Greeks were creating the new political system of democracy.