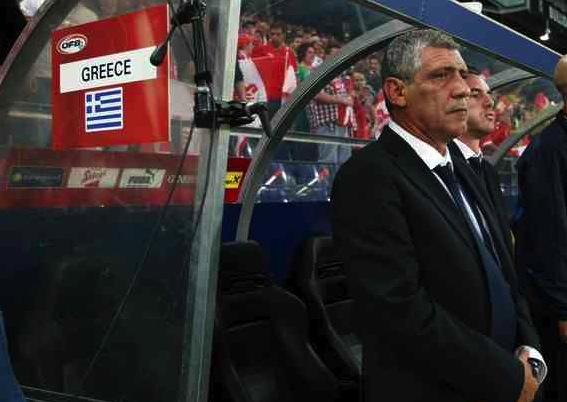 SAO PAULO (AP) — In the perfect picture of contrasting coaches’ styles at this World Cup, Alejandro Sabella of Argentina stood near midfield dressed in a suit that looked appropriate for Wall Street, while Bosnia’s Safet Susic stood nearby looking like he was headed for a workout.
Plenty of coaches are setting high standards for style this World Cup, with fitted jackets, gleamingly shined shoes and ties in the national colors. Others look like they want to be comfortable exhorting their players and yelling at referees.
Croatia’s Niko Kovac, a doppelganger of actor Joseph Gordon-Levitt, has been a style star, wearing a fitted suit in the opener against host Brazil in Sao Paulo, but then losing the tie and jacket for a game in steamy Manaus.
“Very simple. For me, managing Croatia is a matter of great pride,” Kovac said Sunday in Recife. “It’s a holiday for me every day, and our custom back in Croatia is, when it’s a holiday, you put on your Sunday clothes, and that’s it.”
Italy coach Cesare Prandelli and Costa Rica’s Jorge Luis Pinto certainly planned their World Cup wardrobes thoughtfully. Each dapper in their dark suits, they brought some serious style to their postgame handshake Friday in Recife.
Then, there’s U.S. coach Jurgen Klinsmann, a German who has turned California casual in his staple khakis and an untucked navy blue polo. He won’t wear red, though nobody really knows why, and team officials have never seen him in a tie — only a suit jacket when the occasion calls for him to go more formal.
Prandelli’s Dolce&Gabbana dark suits are classic, with a small Italian flag badge on the pocket.
“They have dressed us since 2006, when we won the Cup,” said Demetrio Albertini, the head of the Italian team’s delegation in Brazil and a vice president of the Italian football federation. “It’s a great Italian brand and we’re honored to wear their suits.”
Dolce&Gabbana published a book featuring photos of the Azzurri in formal and casual wear, in “a blend of tradition and national pride.” Proceeds go to a charity to aid a small Brazilian fishing village outside Natal, where Italy plays its third Group D match against Uruguay.
Prandelli and Kovac are joined by German coach Joachim Loew on the World Cup’s best-dressed list.
Loew wears a fitted dark button-up shirt with his sleeves rolled up and the top button undone, and gray slacks. The German federation has clothing contracts with Hugo Boss and Adidas, and Loew typically wears the Hugo Boss look for game days.
“It is very interesting to see the difference in styles between the more traditional and fashionable. To me the most evident was the more natural shoulder of the Europeans and the South Americans versus the traditional Americans,” said Robert Nelson, Sales Director Brand Manager for the company Vince Camuto in New York.
“Collar width and the mixing of colors was the next call out. The fashion confident wore narrower lapels, some with narrow peak and paired with narrow shirt collars and narrow ties. Stronger colors like the deeper shades of blues and deeper shades of grey, give these colors a more modern feel.”
Greece coach Fernando Santos wore a dark suit and matching narrow tie for his game against Japan. When a ball came out of bounds toward him, he didn’t hesitate to boot it with his dress shoes.
Mexico coach Miguel Herrera has mixed it up, protecting himself from the pouring rain in an athletic jacket at Natal on June 13. When the weather cleared up, he switched to a dark suit and green tie for Mexico’s match with Brazil.
Chile coach Jorge Sampaoli dances around the sideline in a white athletic polo tucked into gray polyester workout pants by Puma with sneakers.
No matter their formality, these coaches are getting noticed by a world audience.
“The coaches who have a role with FIFA World Cup soccer this year are quite diverse and distinct and can be cited as a great visual illustration of the global men’s market,” said Tom Julian, men’s fashion director at The Doneger Group, a retail merchandising and consulting firm based in New York. “The mix of looks at the World Cup of soccer is welcomed, and it can allow for new ideas and product concepts to come to life.”
Copyright 2014 The Associated Press. All rights reserved. This material may not be published, broadcast, rewritten or redistributed.