GRNews
GreekReporter.comGreeceWorld Cup: 6 of our Favorite Wives and Girlfriends of the Greek...

World Cup: 6 of our Favorite Wives and Girlfriends of the Greek National Team's Players 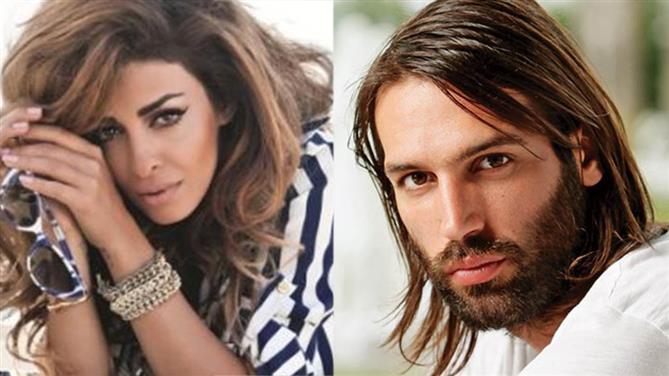 The lives of soccer players and their mates are with no doubt glamorous, exciting and on the media’s spotlight.
Accomplishing the dream of becoming a famous athlete, doesn’t only bring you fame and fortune and the ability to do what you love, but also the approval of a number of women. Many star players have chosen to remain single in life and appreciate the company of more than one partner. However, there are cases of footballers who pick one woman and stick with each other for life.
Wives and girlfriends of footballer players have come to be known as WAGs (Wives and Girlfriends), a nickname given by the British tabloid media during the 2006 World Cup. It was held in Germany, close to the U.K., and as a result many of the WAGs followed the British players to the tournament. The fact that they didn’t leave their husbands to rest and focus on the games is what made the press come up with all kinds of tabloid stories with the WAGs as protagonists.
Each national team is comprised of 23 players and it’s a custom for the athletes to travel to major tournaments without the presence of an extra 23 women. Greece and its players follow the same tradition and have traveled to Brazil in boy scout ways. We have traced the 6 most beautiful WAGs that the Greek players have left behind. Here they are, exclusively for greekreporter.com:
Niki – Costas Mitroglou
Kostas Mitroglou grew up in Germany where he made his first football steps. That’s where he met Niki, a German-Greek, whom he’s been with since they first met over 7 years ago. They now live in Athens, in the suburb of Nea Smirni. 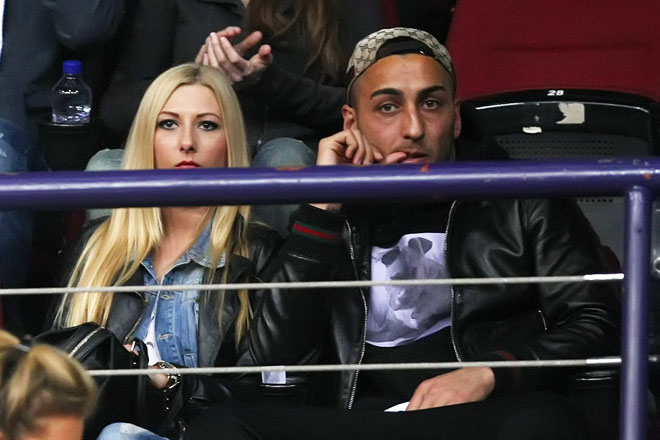 Ioanna Gali – Yiannis Maniatis
Olympiakos’ midfielder, Yiannis Maniatis is married to Ioanna Gali, daughter of one of the ex-presidents of FC Panionios of Athens. Maniatis met his wife when he was a member of the Panionios’ squad. The couple’s best man is the famous singer, Babis Holidis. 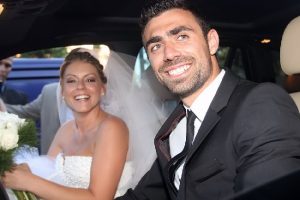 Kostas Katsouranis – Efi Katsourani
Costas Katsouranis of PAOK Salonika is married to Efi, an AEK Athens supporter! They are both from the port city of Patras in the Peloponnese and have a three year-old son, Vasilis. They spent their 2013 summer holidays on the famous Cycladic island of Mykonos. 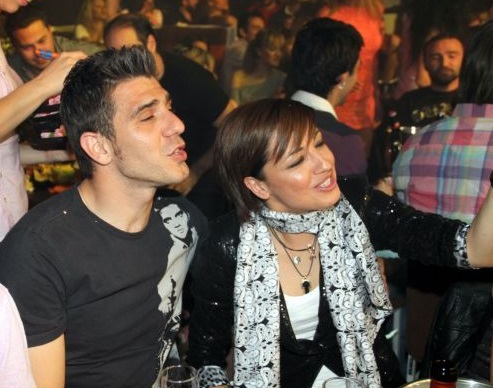 Yiorgos Samaras – Eleni Foureira
Greek singer, Eleni Foureira is Giorgos Samaras’ girlfriend. They’re planning to get married in the near future. When Samaras was playing for Celtic of Glasgow, Scotland, they talked over the phone for more than 6 hours every day! Last Christmas, Eleni traveled to the island of Crete to meet Samaras’ family. They are one of the hottest couples in the Greek showbiz. 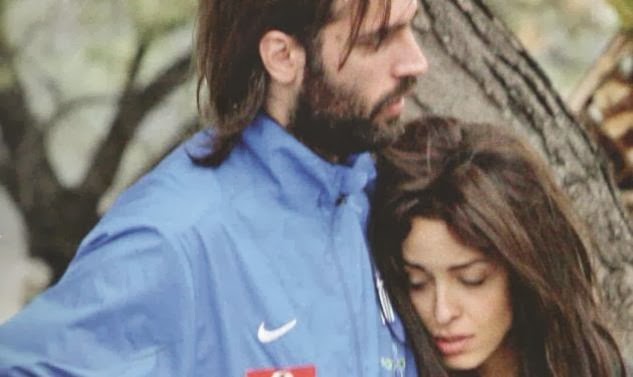 Costas Manolas – Niki Prevezanou
Costas Manolas of FC Olympiakos and Niki Prevezanou are getting married soon. Niki is a 23 year-old glamor model. She met Manolas while he was playing for AEK Athens. The wedding will take place in Niki’s village, Gargarlianous, near Kalamata, in the south-western region of the Peloponnese. 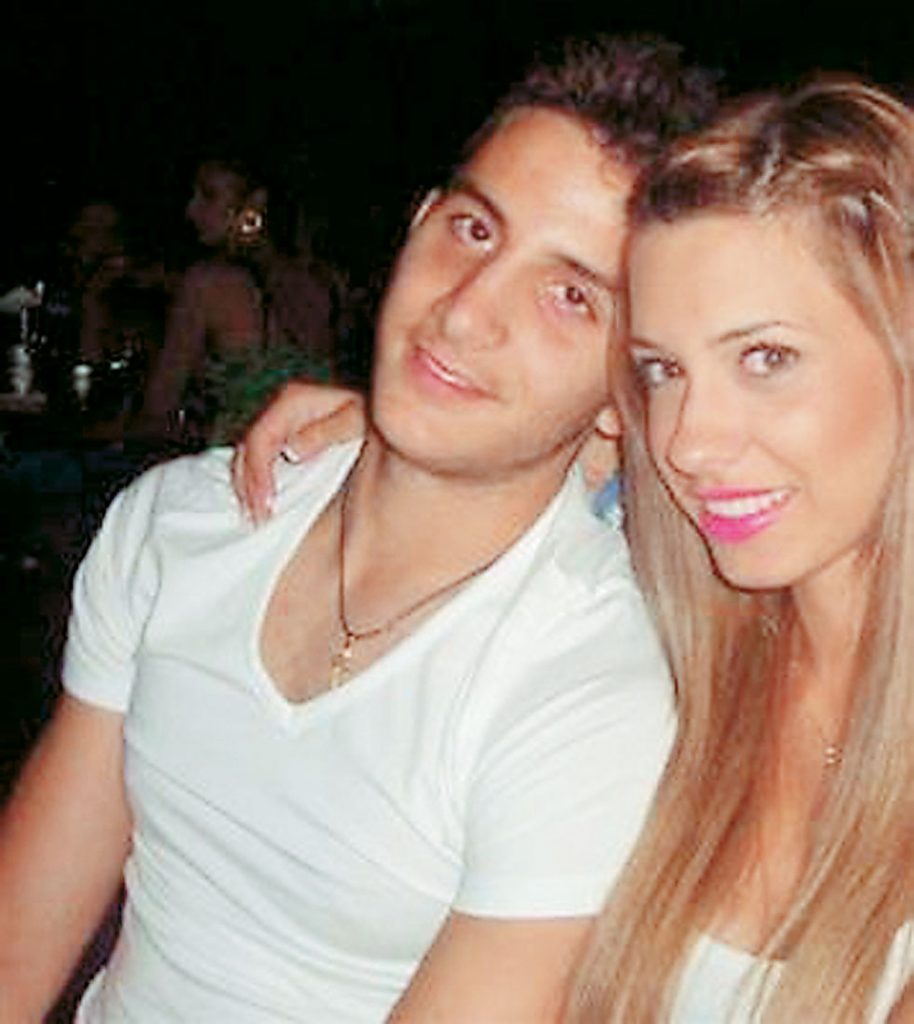 Nana Karagouni – Yiorgos Karagounis
Nana Karagouni is the national team’s captain Yiorgos Karagounis’ wife. Even though the latter is not considered the best looking man of the team, his exceptional ethics have made him the most loveable of all. He also caught the brainier of the WAGs as she studied and became a doctor. The couple is married and have three children.  WhenKaragounis returns from Brazil they will spend their summer holidays in Elounda, Crete. 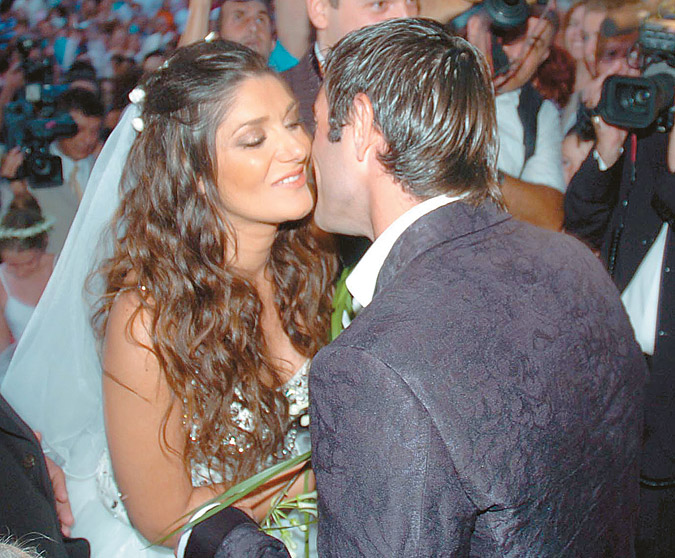