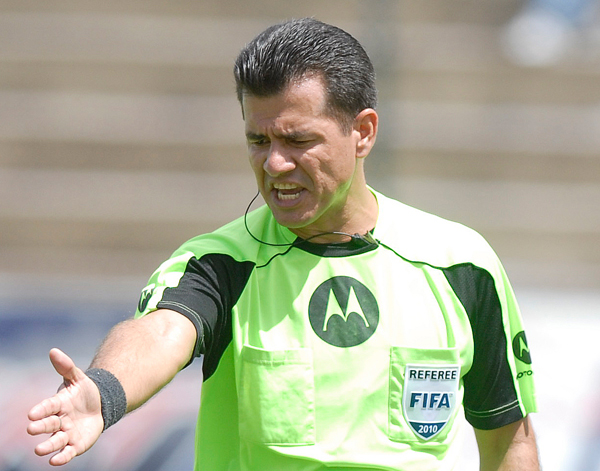 Carlos Vera from Ecuador will be holding the whistle in Greece’s final group stage game against Ivory Coast on Tuesday.
Earlier in the tournament, Carlos Vera who is celebrating on Monday his 38th birthday, supervised the match between Iran and Nigeria. It was quoted as the second worst game for fans to watch so far after the Japan-Greece one . Both teams disapproved most of the FIFA referee’s calls, incorrectly so it turned out, as he managed to split the lemon in half and to avoid critical mistakes.
Vera has been an international referee since 2007 and officiated at the Copa America 2011 as well two FIFA competitions: the FIFA Club World Cup 2012 and last year’s FIFA U-20 World Cup.
The 20th FIFA World Cup began on June 12 and ends on July 13. A total of 64 matches will take place in 12 cities of Brazil between the 32 teams that qualified.  Greece will reach the knockout stage (round of 16) if they beat Ivory Coast while at the same time Japan fails to get a winning result against Colombia. Both games will begin at the same time.
GreekReporter will be live blogging Greece’s third game against Ivory Coast on Tuesday at 4 pm (USA – EST) / 11 pm (Greece).