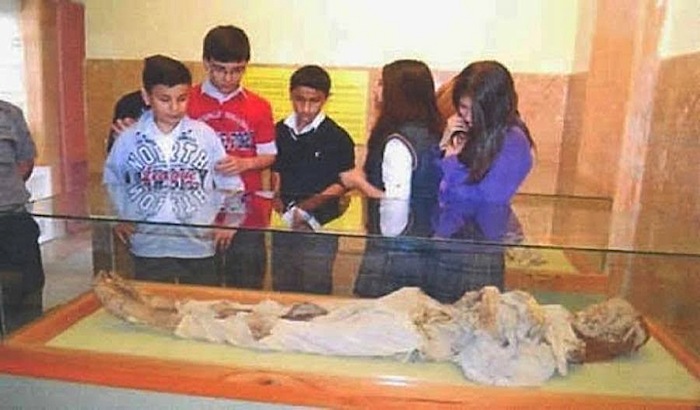 The relic of a Greek Orthodox nun, which is now an exhibit of the Nigde’s museum in Cappadocia, has attracted the interest of many Turks.

During an archaeological excavation,  the relic of the nun, which dates back to the Byzantine era about 1,100 years ago, was discovered. It was found in the valley of Ilhara, an area where a Greek Orthodox community use to live in cave monasteries, consisting of both monks and nuns.

Examinations on the relic have determined that the body belongs to a young woman of about 22-year old who was a nun at the area. The cause of death of the nun has not been ascertained, but Turks presume that a violent incident occurred that were common at that time.  Although many centuries have passed by since her death, she was preserved in a good condition. Because of her looks, the Turks gave her the name “The Blonde Nun.”

It is also believed that her corpse was intact because she was sacred. The museum in Nigde, which houses her relic, has become very popular lately, as many Turks arrive to see  and admire her.