Photo Exhibition ‘The Greeks of Cairo’ 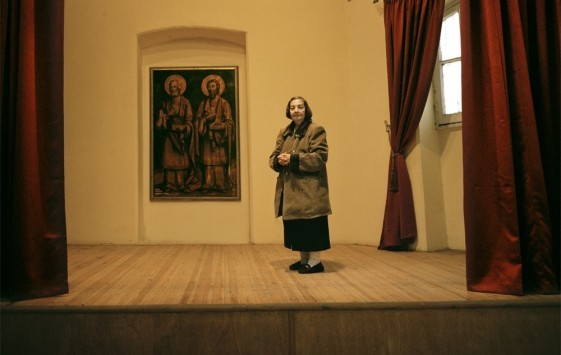 A photo exhibition, “The Greeks of Cairo,” is being hosted at the Museum of Modern Art Mahmoud Mukhtar in the Egyptian capital.

Paul Kozalidis and Athena Casole captured with their photo cameras, the Greek history of the community in Cairo from the past until the present.

The exhibition, organized by the Greek Consulate in Cairo in collaboration with the Greek Benaki Museum and the Greek Cultural Center based in Cairo, is the main event of the Greek-Egyptian Summer Cultural Week.

Ms Casole spoke about the heart-warming reception by the Greeks of Cairo and as she stated at Athens News Agency ANA-MPA: “They opened their homes, their hearts, they trusted us, spoke to us and showed great hospitality.” She added that the award that the two photographers won was the satisfaction of the Greek community’s members for this photo exhibition.

Mr Kozalidis approached the project with a romantic and emotional spirit, because as he said “people are a mirror” and that if the photographer approaches them with respect, interest and positive curiosity, then they behave accordingly.

The exhibition, when completed in Cairo, will be hosted at the Benaki Museum in Greece.