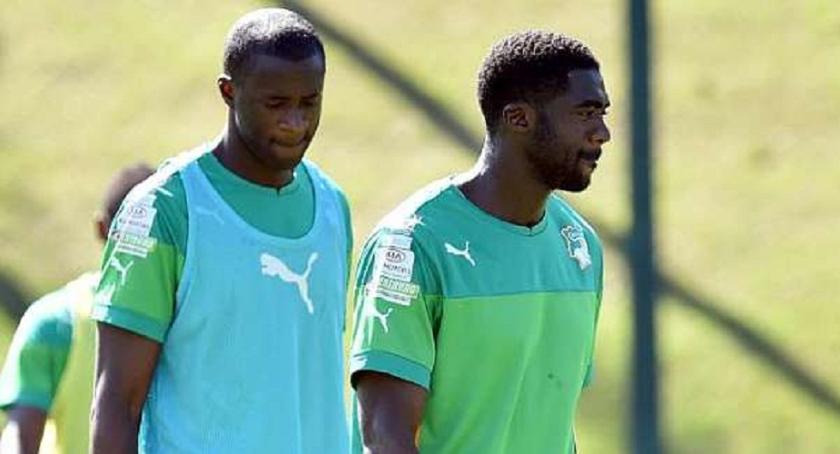 Ibrahim Toure died at the age of 28 in Manchester yesterday, while his brothers, Yaya and Kolo were at the World Cup in Brazil, competing with Ivory Coast’s national team against Colombia.
There were no further official details on his death, but media reports said he died after a short battle with cancer.
“On this sad occasion, the players of the Ivory Coast national team, as well as the entire Ivorian delegation in Brazil at the 2014 World Cup, wish to demonstrate their compassion to the Toure brothers and Toure family. The president of the Ivorian Football Federation and the executive committee invite Ivorians to join their prayers for the soul of the deceased,” said a statement signed by Federation President Sidy Diallo.
Ibrahim Toure was also a professional soccer player. He was on the books of Ligue 1 club Nice for a season but never made any first team appearances. His last appearance was with Lebanese team Al Safa, where he scored six goals in 10 games this season and helped his team end second in the Lebanon league.
Yaya Touré played against Japan and Colombia while Kolo Touré was a substitute player in the game. It is likely the Toure brothers will depart the World Cup following the death of their brother. Ivory Coast play their last Group C game in Fortaleza against Greece on Tuesday, with a chance to qualify for the knockout stage.
The Greek Soccer Federation expressed their condolences towards the Toure family.