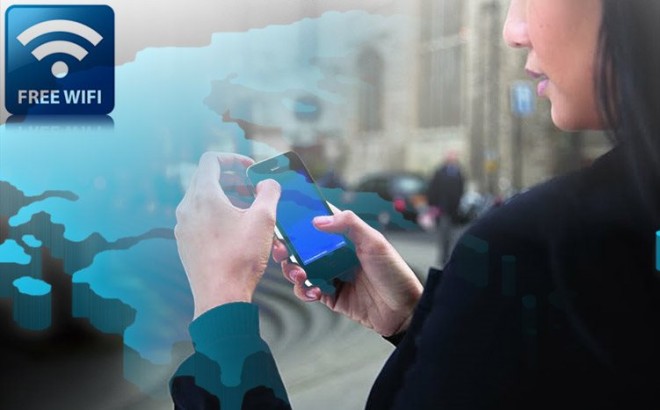 Free Wi-Fi access will be soon available in more than 4,000 public places across Greece.  These include wi-fi hotspots in 302 Greek municipalities, 100 archaeological sites and museums, as well as 200 ports and marinas.
Each hotspot will be able to simultaneously serve 40 to 50 users to download at speeds of up to 1.5MB/sec for 30 minutes, under the precondition that they are standing no more than 20 meters away from the hotspot when indoors and 100 meters when outdoors.  Access to information about the city, sites and to municipal services will also be available at these hotspots.
The project has been delayed for more than six months due to insufficient state and municipal funds.
Greek Deputy Minister for Development and Competitiveness, Odysseas Konstantinopoulos, unblocked funds from the National Strategic Reference Framework (NSRF) today, June 19, for the completion of this project.
The budget for the project is 25 million euros, although initial financial estimations did not exceed 13 million euros for its implementation.
Greek Prime Minister Antonis Samaras who has openly expressed his interest in this project, was pleased with this development.
In the past, the Greek Prime Minister had said: “I promise that free Wi-Fi access will be available across Greece in one year’s time. It will happen. I promise. It is really important for young people and shows that somebody cares about them.”