TechNews
GreekReporter.com Australia The Success Story of a Greek Businesswoman in Australia

The Success Story of a Greek Businesswoman in Australia 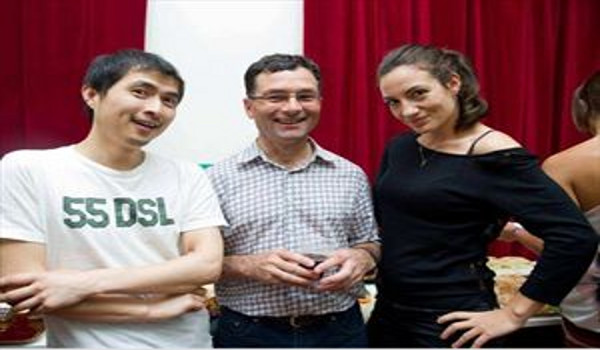 Dimitra Markogiannaki was voted one of the” top businesswomen in Australia” a few months ago. On Tuesday night, the company established two years ago by Dimitra Markogiannaki and her partners Cheng Zhu, Kim Huynh and Martin Kemka, won the first prize (along with another two  companies) in Oxygen Ventures competition.  Oxygen Ventures is a company, owned by the internet gouru Larry Kestelman, which offers up to five million dollars in investment funds to newly established companies operating on-line.

Dimitra Markogiannaki moved to Australia just five years ago for her post graduate studies attaining her Master degree from the University of Melbourne.  Today she is already on the list with the most successful businesswoman of the country.

Innovative ideas and lots of work gave Dimitra the opportunity to see her dream come true, creating a rapidly developing and greatly promising e-company that has become a great success.

The 30-year-old woman’s vision was to be registered on the list with the 50 most successful businesswoman under 40 in Australia, which is published by the “Shoestring Stratups” magazine.

“Our platform is divided into two sections. The first one brings together a great deal of people seeking for lessons of various interests, such as cooking, photography etc., with professors or institutions who teach the relevant subjects. The other section is an automatic electronic program, which helps these companies to automate simple procedures which take a lot of time, such as logistics or graphics, so that they can focus solely on their growth plans” explains Dimitra Markogiannaki.

The website hosts today over a 20,000 offers, and supports administratively many more small and average companies in Melbourne, Sydney and Perth.

“We want to perfect our company in Melbourne, which is an interesting market, and then we will try to expand in other regions as well” says Markogiannaki, who can’t hide that she misses Greece, since she lives in Australia away from her family.

Greek health authorities announced on Monday that the benefits of the AstraZeneca vaccine against Covid-19 far outweigh the risks associated with thrombosis.