GRNews
GreekReporter.comGreeceWorld Cup: Fernando Santos says Greece will be ready against Japan on...

World Cup: Fernando Santos says Greece will be ready against Japan on Thursday 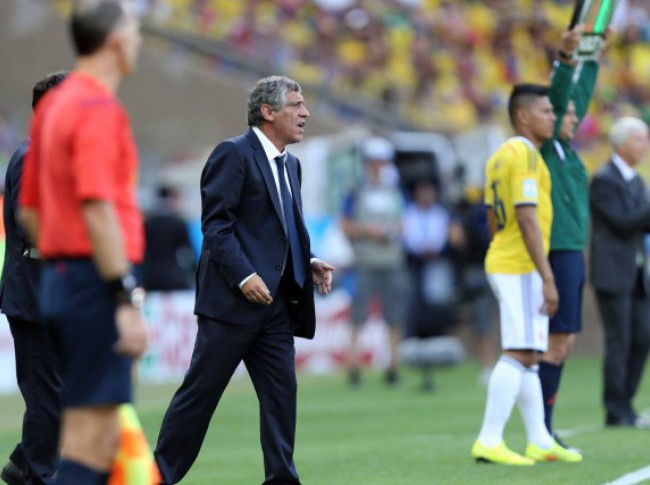 Greece’s National team manager, Fernando Santos in a press conference on Sunday expressed his optimism about Greece’s next World Cup match on Thursday against Japan: “We watched them play against Ivory Coast. We selected interesting information and we will inform our players during the next days. We have already watched Japan in the past and we know their advantages and disadvantages. We will be ready.”
The Portuguese was asked whether he will make changes in the lineup: “We’ll see… it depends. I am waiting to see the physical state of players. But I do not believe we must make many changes just because we lost 3-0. This is not the right path. I often read bad criticism because Greece wasn’t very vivid in previous matches. Yesterday we were in a good state, but we lost.”
Afterwards, Fernando Santos spoke about the opening game against Colombia: “It certainly does not happen often to concede three goals. It is the first game since I took over Greece’s team, that we lose by three goals.  It was not only our defenders fault. The whole team should have defended more properly.  I believe we played well against Colombia and we managed to create chances. My primary concern is that we didn’t score. And it was a pity we received a goal so early in the match. However, the team reacted, controlled the match, and had some interesting moments. Nevertheless, when a team loses 3-0, one cannot speak about good performance, justice or injustice. ”
“We had no time to correct the mistakes made against Colombia, but it is certain that we will do so in the coming games”, Fernando Santos said and then criticized some of his players. “In the last ten minutes some of our players did not understand we were playing for the World Cup. It is very important to allow as few goals as possible in the group stages of a World Cup. ”
Finally he was asked whether his departure has affected the National team’s players in a negative way: “I have no doubt that it does not affect my players. On the contrary, I feel that they want to give their best performance,  in order to close this cycle in the best possible way “.