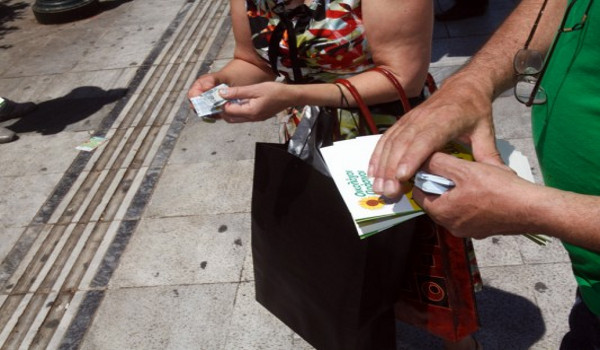 Greek Minister of Infrastructure, Transport and Networks Michalis Chrisochoidis announced a reduction in public transportation fares from 1.40 to 1.20 euros. The duration of travel time will be reduced to 70 minutes from 90 minutes that is now. The changes will take effect September 1st.
The new fares are for all means of mass transportation and there will be a new monthly card that will cost 30 euros instead of 45. There will be no longer be a monthly card for buses and tram only, which previously cost 20 euros. The monthly cost for those entitled to reduced fares like students and senior citizens will be 15 euros.
Chrisochoidis announced that rolling bars will be placed in buses and all passengers will enter from the driver’s side of the bus. He also announced that controls will be intensified in order to stop passengers from boarding without a ticket.
OASA will launch a new mobile application, which will allow passengers to buy tickets via their mobile phone. Tickets will be also available at five thousand spots, including kiosks and mini markets. OASA will also redesign the companies id in order to regain public trust. OSY, STASY and OASA will use the brand name Athens Transportation with a new logo.
Head of OASA Grigoris Dimitriadis highlighted that urban public transportation will become the first option for citizens. According to data released by OASA, each year 636 million boardings take place and every day 1 million passengers use OASA services.
Finally, the first trimester of 2014 there was a 6.3 million euros inrease in revenues from single tickets and monthly cards, compared to the same months in 2013. “ Its not just luck, it is a sign citizens are coming back to public transportation.”