GRNews
GreekReporter.comGreeceGikas Hardouvelis: From Humble Beginnings to the Hot Seat of the Ministry...

Gikas Hardouvelis: From Humble Beginnings to the Hot Seat of the Ministry of Finance 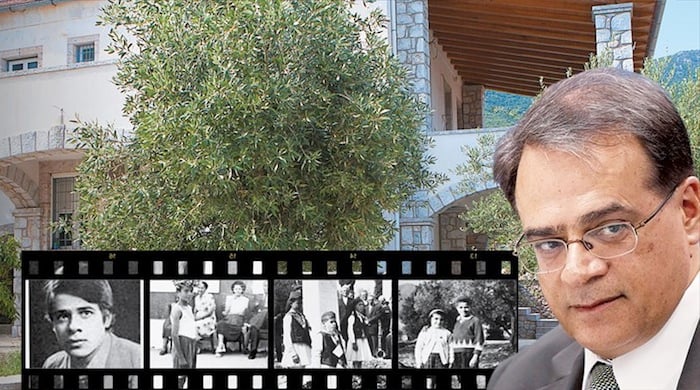 Gikas Hardouvelis, the new Greek Minister of Finance who replaced the much-criticized Yannis Stournaras in the hot seat of the office, was born in a small village in Arkadia, Peloponnese, to a poor family. He went to primary school in the village, but later he went to the American school “Anatolia” after passing the exams and getting a full scholarship.
After finishing his secondary education, he immediately applied to Harvard University. The Ivy League university offered him a full scholarship. The economic situation of Hardouvelis’ family had not changed, so he was forced to work while studying.
His first job was at Harvard University’s cafeteria. Later, he went on to work for the university’s security team. Hardouvelis had only gotten a four-year scholarship, however he wished to complete his postgraduate studies on Applied Mathematics at Harvard as well but he lacked the funds. In the end, he managed to finish both his undergraduate and postgraduate studies in four years (1975-1978). Presently, he is a member of the Board of the Hellenic Harvard Foundation.
Later on, he obtained a doctorate in Economics from Berkeley University in California (1983) where he met his future wife. The two met in the early ’80s when Hardouvelis was studying for his doctorate and the Armenian Suzan Bezjian, was studying chemical engineering.
Hardouvelis was accepted to work as an associate professor at Barnard College of Columbia University where he met Lucas Papademos, the future Prime Minister of the provisional coalition government of Greece from November 2011 to May2012 . Then he worked as a professor at Rutgers University in New Jersey from 1989 to 1993. Meanwhile, his spouse completed her master’s degree in Business Administration at Columbia Business School and then worked as the vice president of J.P. Morgan-Chemical Bank  until 1994.
Gikas Hardouvelis’ career in the U.S. was interrupted when he accepted a position to work as a professor at the University of Athens. Later on he worked with Lucas Papademos at EMI, the forerunner of the European Central Bank, under Simitis’ government. He then became the economic adviser to the Bank of Greece (1994-1995). In 2000 he was the director of the Economic Office of Greek Prime Minister, Costas Simitis, until 2004.
Finally, the Prime Minister of the provisional coalition government of Greece (November 2011 – May 2012), Lucas Papademos, appointed Hardouvelis as director of his Economic Office. Today, the new Minister of Finance has the hard task of running the Greek economy with the Troica and the political opposition breathing down his neck.