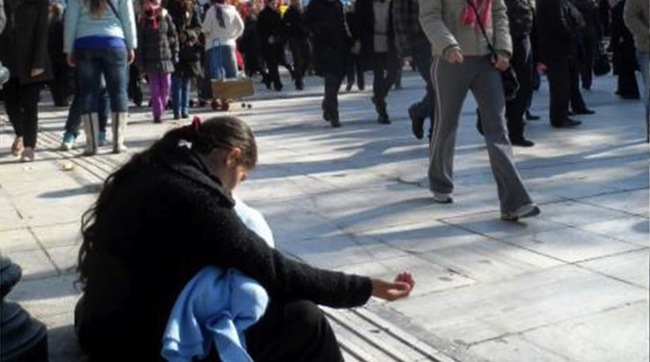 Authorities in the Greek island of Rhodes came across a case that is very similar to that of Little Maria from Farsala, northern Greece, which was heavily covered by all Greek media a few months ago.
A Roma woman who used to beg for money at Cyprus square in Rhodes, Greece, was found with a little blond boy with blue eyes, aged approximately 1 and a half years-old.  The case reached the local authorities when a citizen noticed that the woman was mistreating and hitting the boy and went to police to report it.
Following orders from the island’s prosecutor, the child was transferred to the Child Care Center, while the Roma woman (who comes from Romania) is being held in custody.  A preliminary investigation is underway in order to determine if the little boy belongs to this woman or if he was abducted.
As part of the investigation, a DNA examination has been ordered by the prosecutor, who has also ordered the woman’s family to hand over all documents that prove her civil status, as well as hospital or any other official documents that prove that the woman gave birth to this child.