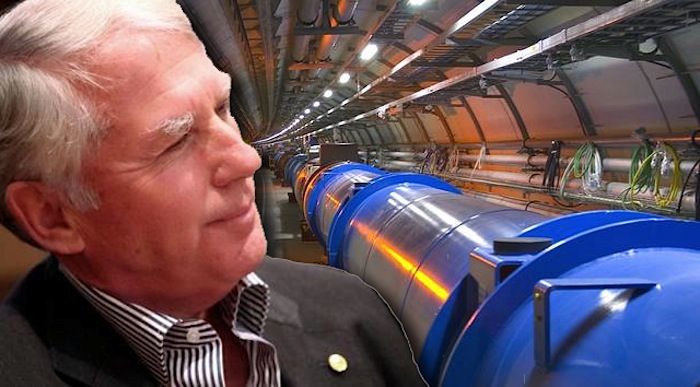 Greece has proposed Professor Dimitri Nanopoulos, a distinguished Greek physicist, for the post of Geneva’s top research and physics center, CERN director general, the General Secretariat for Research and Technology in Greece, announced on Friday.
The proposal was submitted to CERN by Greece’s Permanent Representation at Geneva on May 28 and the selection process is expected to be completed by December.
Nanopoulos is currently vice-president of the Athens Academy. He has also worked as a senior research physicist at CERN for many years. His team in 1976 was the first to propose the ‘Higgs-strahlung” process, where a Higgs boson is radiating from a Z-boson, which proved to be the best way to search for a Higgs boson at the Large Electron-Positron Collider. This contribution was also recognised by Peter Higgs himself, in his acceptance speech for the 2013 Nobel Prize for Physics.
Apart from his post in the Athens Academy, Nanopoulos is also holder of the Mitchell-Heep Chair in High-Energy Physics at Texas A&M Department of Physics and Astronomy and serves as head of the Houston Advanced Research Center (HARC) astroparticle physics group. Since January 2013 he has been appointed as Greece’s delegate to the CERN Council, a position he also held between 2005 and 2010.
The focus of his research is on perfecting a Grand Unified Theory (GUT) that will ultimately combine gravitation, electroweak and strong forces into a single ‘theory of everything’.