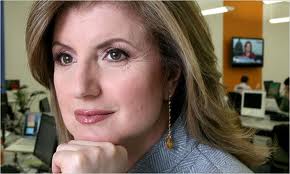 Arianna Stasinopoulos Huffington presented her new book entitled “Thrive,” in a diaspora meeting in Astoria where she announced that the new Greek edition of Huffington post will be ready at the end of the 2014. “Greece will get over the crisis with optimism and innovative spirit” stated the famous author.

The Greek-American journalist, author and businesswoman expressed how thrilled she is that Huffington Post will be released in her homeland. She referred to Greece saying that “Endurance, ingenuity and creativity will lead the financial crisis to its end.”

Regarding the uprise of extremists in the U.S., in Europe and more specifically in Greece, she said “Extremism’s rapid rise is due to people’s despair and social inequality. Governments should take it very seriously. Phenomena like Golden Dawn are observed all over Europe.”

Arianna Huffington also made a special reference to the important role Greek cultural heritage and Greek hospitality and generosity played in her life and her career. She also dedicated her new publication to her mother (born in Thessaloniki with origins from Pontus) and all the things she gave to her and her sister.

Reciting Greek philosophers she underlined that “Moments of joy and kindness, adventures and great loves make our lives meaningful. This is why the way one would personally define success may differ from how society perceives success.’

Finally, Huffington tried to present the way she changed her life and give an answer to the questions “what defines a good life?” and “what is happiness?” providing an example from her personal life, when she suffered a facial laceration and a broken cheekbone from a fall due to sleep deprivation and severe exhaustion. In her extremely successful existence, she was left questioning if it was all worth it if she couldn’t balance her own personal needs with her achievements.