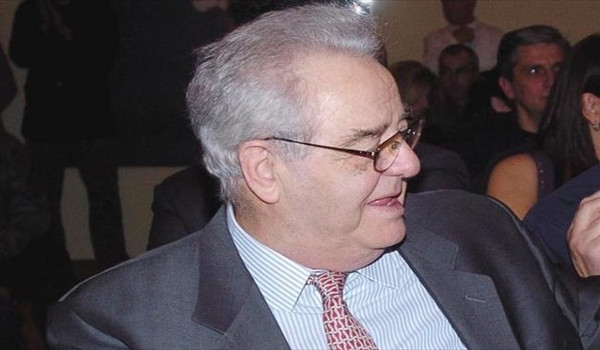 Costas Mourouzis, one of the greatest Greek basketball and sports personalities passed away on Wednesday, June 11, at aged 80.
During the last years Mourouzis had been battling cancer and was hospitalized at “Elpis” and later on at “Nimits” hospital in a coma after suffering a stroke.
Costas Mourouzis was born in Athens in 1934, making his first steps as a basketball player on the Triton team. He played there from 1948 until 1955 and competed with the National Team for the first time when he was only 17.
In 1955 he was transferred to the Italian team Gira Bolognia where he played until 1959 becoming a top scorer in the Italian Championship in 1956.
In 1955 he returned to Greece and played with Triton again, but only for a couple of years, since a medical issue concerning lung problems forced him to end his career.
Costas Mouzouris played 24 games as member of the Greek National team (scoring 242 points), including the Mediteranean Games in 1955 and Eurobasket in 1961.
Afterwards, he chose to become a coach, leading the Greek team Panathinaikos to conquer six Greek League titles (1967, 1969, 1971,1972, 1093 and 1974). He also led the team to the Euro Champions Cup semi finals in 1972 and 1973, and European Cup holders’ Cup semi finals in 1969.
In 1976 he was a finalist in the Greek Cup with AEK and two years later in 1978 he celebrated the double with Olympiakos. The following year he led Olympiakos to the Cup finals. He also coached the National team, leading 40 games, 22 of which ended victoriously. Finally, he led Greece to the Euroleague in 1973.

Does Greece Have One of the Slowest Vaccination Roll Outs in Europe?