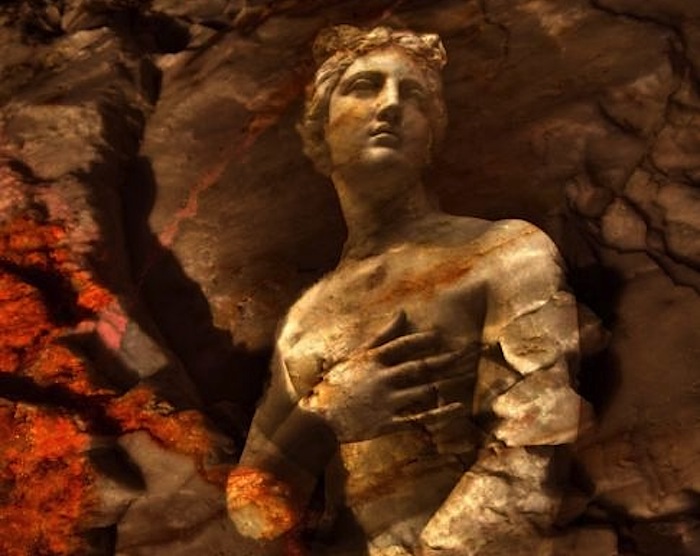 Photographed all over the Hellenistic world (modern day Turkey and Greece), and also in the Louvre and the British Museum, the sculptures depicted in this work are the most iconic and magnificent examples of Greek sculpting, the kind that has been imitated, but never quite equalled, for the last two and a half millennia.

The marble which forms the backgrounds of the photographs is also from antiquity. Kemezys chose to use the holy marble upon which sits the Athenian acropolis, and also the famed quarries of Paros Island, from where both Phideas and Praxiteles chose the pure white, translucent marble for their greatest work (Venus de Milo, Winged Victory).

“The fusion of the perfect, life-like sculptures to the storied marbles from which they sprung makes for images that linger in the pleasure centers of the mind as they propel the imagination into mythology,” says Kemezys.

Presented in large format, full-colour renditions, they tell the tales of a lost civilization whose artistry has informed the very roots of western culture. The exhibition runs until June 27.