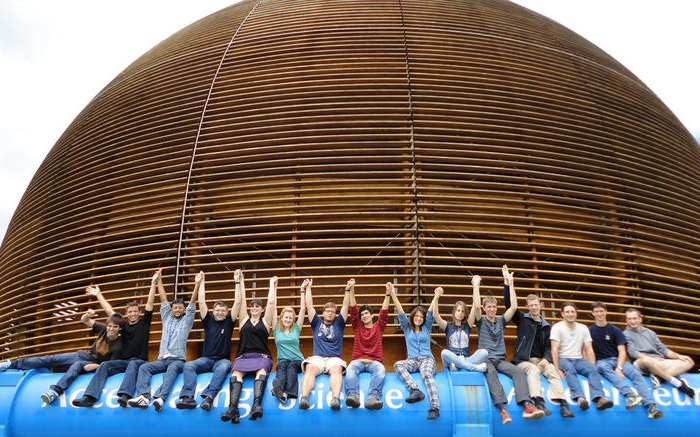 On the occasion of CERN’s 60th anniversary this year, the laboratory launched a competition entitled “Beam line for schools.” According to the initiative high-school students had to run an experiment in the same way that CERN’s researchers do.
“When we first had the idea of offering a beam line to schools, I never expected such a fantastic range of proposals from around the world,” said Christoph Rembser, coordinator of the initiative.
The participants, with fewer than 1,000 words, had to explain why they wanted to visit CERN, what they hoped to learn from their experience and make proposals on how they would use the particle beam for their experiment. They also had to present their written proposal in a creative and entertaining video.
The winners of the competition were the 12 “Odysseus’ Comrades” from Varvakios Pilot school in Athens, Greece. The Greek students‘ proposal was to look at the decay of charged pions (particles containing a quark and an antiquark) in order to investigate the weak force, one of the four fundamental forces of nature.
Andreas Valadakis, teacher of the Greek team said: “At first it was very hard to find an experiment to propose for the competition. But if there is an obstacle, it is always a good start to look at history. So we studied the history of CERN, and that lead us to the proposal of studying a peculiar property of weak force.”