GRNews
GreekReporter.comGreek NewsEducationPhilosophy School in Athens Closed Due to Trash

Philosophy School in Athens Closed Due to Trash 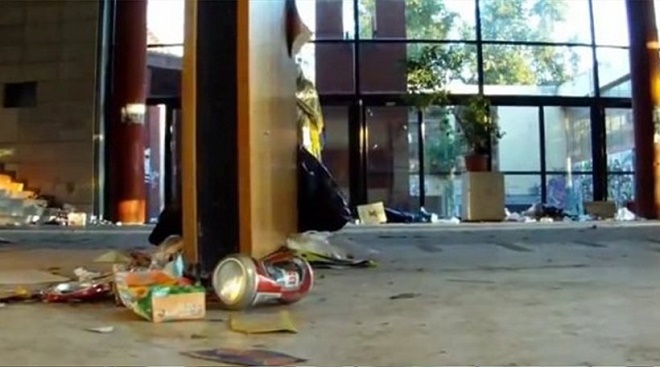 The head of the Philosophy School at the University of Athens has decided to prove a point by closing down the School due to too much garbage.
The University Dean, Theodosis Pelegrinis, said that the images he was faced with resembled a third-world environment, with garbage thrown in public spaces and dirty toilets.
As he explained the problem lies in the fact that the contractor who was in charge of cleaning the building, did not renew his contract. The relevant authorities rejected the competition that followed for the replacement of the contractor and until there are new applicants, there is no one to clean the premises of the school, added Pelegrinis.
The dean blamed the state for the situation that has been created and said “if I go and pay the next day I will go to jail.”
Finally, he expressed his hopes in solving the problem soon after his meetings with the Ministers of Finance and Education.