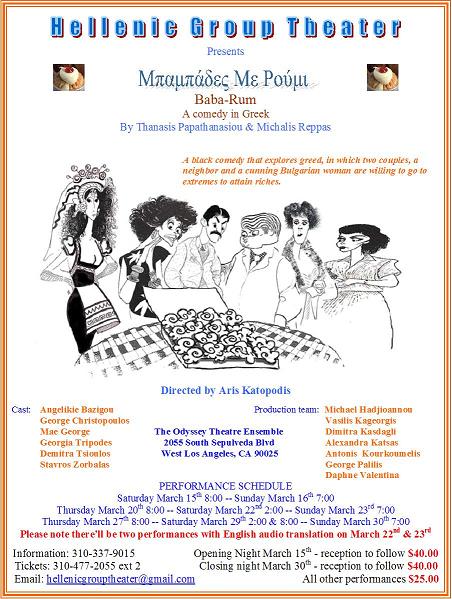 Italian students of Modern Greek from Trieste performed “The Backyard of Miracles” by Jacob Kambanellis at the Hellenic Foundation for Culture (HFC) in Italy.

The preparation of the performance by students of the HFC, as well as the translation from Greek to Italian were a part of the Language Program.

Anastasia Kouveli, professor of the Greek language and colleague of HFC, conceived the idea of this performance and was also the curator and the director of the theatrical representation.

The performance was initiated by the HFC in Italy in collaboration with the Modern Greek Faculty of University of Trieste and the Greek Community of the city. The cultural event was organized under the auspices of the Consulate General of Greece and Cyprus in Trieste.

Furthermore, the performance ended with the Greek Choir “Mediterranean” singing Hatzidakis’s works, while the audience had the opportunity to enjoy Greek cuisine.

The Hellenic Foundation for Culture offers Greek language courses in Trieste and Udine. In the teaching process modern pedagogic methods are applied, supported by audiovisual material, linguistic games, discussions, guided tours in exhibitions about Greek heritage and other events.