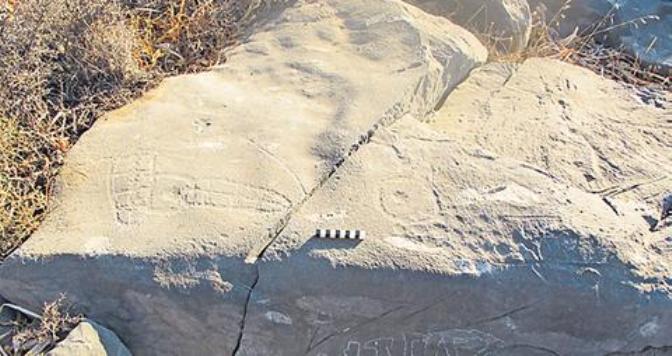 The concept of love during the ancient Greek times isn’t that different from nowadays. The only change is the way people used to express their feelings. A lovestruck person today may use graffiti to express passion for his beloved, while ancient Greeks inscribed love messages on stones.
According to Ethnos, ancient love inscriptions dating back to the early 6th and the late 5th centuries B.C., were recently discovered in Astypalea.
Spirals, shapes of ships, tools in triangular shapes were mostly drawn by the Neolithic inhabitants of Astypalea.
One of the first findings of the Professor of Prehistoric Archaeology, Andreas Vlachopoulos, was rock paintings located in Vathi at the Pirgos Peninsula and date back to 4th-3rd millennium B.C.
In 2013, more unexpected findings were discovered, which present an aspect of privacy of the ancient Greek inhabitants in the early 6th and late 5th centuries B.C. The Secretary General of the Archaeological Society, Vasilios Petrakos, made extensive reference to two love inscriptions that were discovered which depict two phalluses from the right angle.