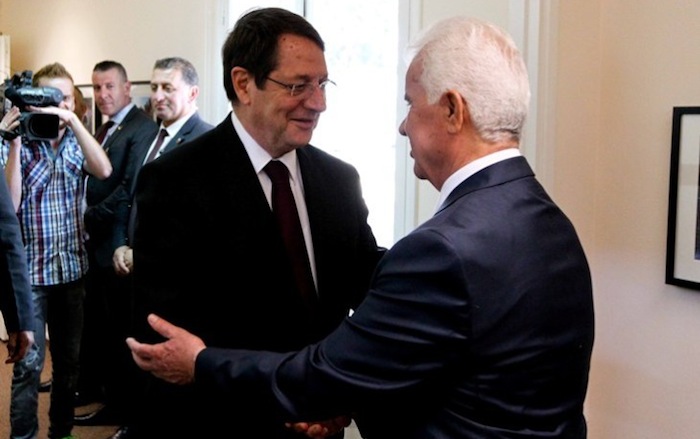 Today, Greek Cypriot President Nicos Anastasiades and Turkish Cypriot leader Dervis Eroglu, agreed to finalize their current UN-sanctioned negotiations for a collaborative Cyprus solution, as early as possible.
President Nicos Anastasiades and Turkish Cypriot leader Dervis Eroglu met at the defunct Nicosia airport for three-and-a-half hours on Monday and agreed to submit and to continue submitting proposals on all core issues, as well as to conclude this phase as soon as possible.
After the meeting’s end, the UN SG’s Special Representative in Cyprus Lisa Buttenheim offered a statement, that stated that the two leaders had friendly and positive interactions. They agreed to present, and keep presenting major proposals, in order to finish this phase of peace talks shortly.
She added that the leaders agreed to meet twice a month, with the next meetings taking place on June 23 and July 7. Anastasiades and Eroglu had last met on May 21 at a dinner with US Vice President Joe Biden.