The Production Concept Behind ‘Birthday Surprise Will Truly Surprise you! 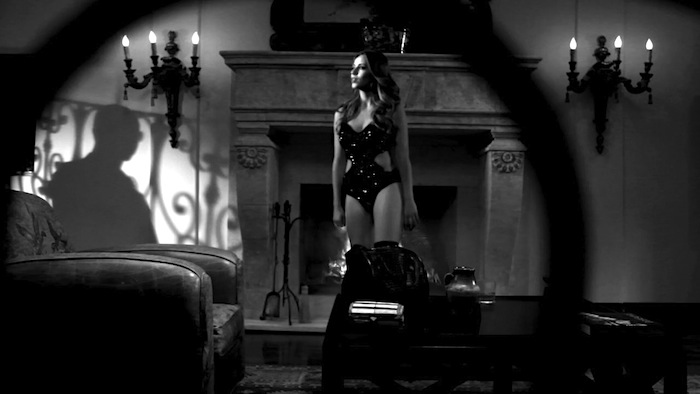 Audiences don’t pay much attention to short films, but “Birthday Surprise,” which is set to premiere at the upcoming Los Angeles Greek Film Festival, deserves all the attention — especially if you are part of the entertainment industry! The revolutionary concept is not present on the screen, but looks behind the lense if you are searching for a tangible path to bring your film dreams to life.

In case you have ever lived in Los Angeles, you have also seen these actors who don’t have the opportunity to act, the producers who are stuck looking for the never-coming funding, and the directors who haven’t touched a film slate for a long time. It’s this emerging talent that L.A. Demo Reels is primarily focusing on, helping them realize their dreams.

“I was tired of searching for the new amazingly expensive class or workshop that would promise me more chances of actually being a part of a movie. I thought I might as well spend my money and make my own film and tell my story,” said Jonathan Surli, an actor who arrived in Hollywood three years ago, and starred in a short film that was produced and directed by L.A. Demo Reels.

The concept behind L.A Demo Reels has the potential to revolutionize the industry, giving the ability to artists with small budgets to make their own films that will put them on the Hollywood map.

The selection of the black-and-white “Birthday Surprise” for the Los Angeles Greek Film Festival proves that the company doesn’t just make films for its clients but produces movies with high artistic value that very often gain respect in the festival circuit.

The revolutionary concept of producing tailored films for actors, directors, singers, and even personal movies of everyday people who want to invest in their own story comes from a Greek director, who himself was looking to find his place in the world’s toughest entertainment arena.

Konstantinos Mousoulis realized quickly that the key to success is not just preparing for the moment Hollywood will offer you an opportunity, it’s creating the opportunity for yourself. With minimal means and a group of talented friends, they formed L.A Demo Reels, a small independent company that manages to produce at least 10 films per year, funded by fellow artists!

The Athens-raised director gained his first industry experience by working behind-the-scenes on a short film when he was just 17-years-old. He then went on to graduate with a B.A. in Film and TV from the U.K.’s Bournemouth University. Professional work soon followed, and Mousoulis landed his first Hollywood gig as an assistant director on Nia Vardalos‘ “My Life in Ruins.”

After moving to L.A. and furthering his education at Los Angeles Film School, Mousoulis co-founded L.A. Demo Reels, a production company that produces promotional material — scenes and short films — for emerging industry talent  to help them begin their career. 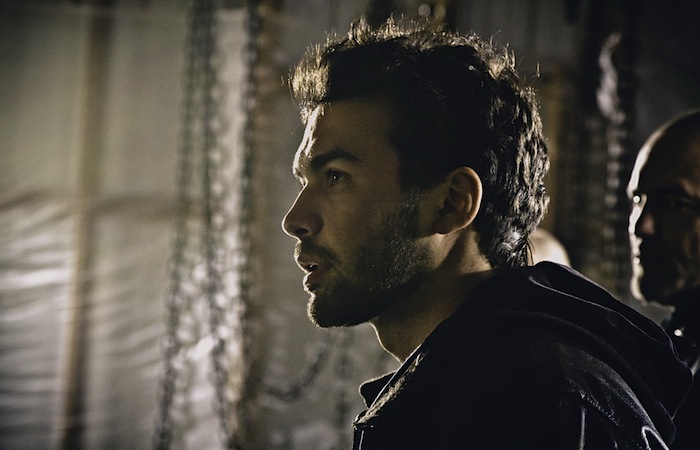 Greek Reporter sat down with Mousoulis to talk about his latest short, “Birthday Surprise,” as well as his work with L.A. Demo Reels. He also provided some insight on what it takes to make it in Hollywood — both in front of and behind the camera.

Your short, ‘Birthday Surprise,’ is playing at this year’s Los Angeles Greek Film Festival. What’s the premise behind it?

‘Birthday Surprise’ started when Tety Kalafati, the lead actress and producer, approached me through my company with an idea for a femme fatale who hides a dangerous secret and manipulates a powerful mob boss. When Christos Vasilopoulos came on-board, we decided to take a different approach than the usual projects and shoot it in black and white, film noir style. The story is pretty simple, but the visual approach we took — together with the minimum amount of equipment we had — offered us a lot of creative challenges, which was something that I really enjoyed.

What was it like finding out your short was accepted into the Festival?

I’ve been following the L.A. Greek Film Festival since I came to Los Angeles a few years ago, and it was a great pleasure to hear that the film was accepted there. It is a festival that has been growing every year by including quality projects and inviting acclaimed professionals from the industry.

You also create promotional projects for actors and musicians with the company you co-founded, L.A. Demo Reels. How did you decide to get involved with helping up-and-coming artists get their career started?

The first two to three years I lived in Los Angeles, I experienced the troubles and headaches actors go through to create their promotional material. Me and my business partner, Marina Dimitra Yele, felt that we had the knowledge and ability to help them out. L.A. Demo Reels started as an experiment and now we have reached a point where, apart from scenes for actors’ reels, we also shoot short films not only for actors, but for anyone who wishes to tell a story — whether they are related to the industry or not. A lot of our clients have found representation or booked good parts in feature films or TV shows after we created their promotional material, something that I’m very proud of.

What is it that you and L.A. Demo Reels do for clients?

Our goal is to help our clients achieve their goals. We write, produce, direct and edit scenes that are tailored to the best of their abilities. After we decide with the client what type of character and genre would be best for them, we write the scene, schedule the shoot, and within a week or a week and a half, they receive the material. Lately, we have expanded to creating short films and we are also planning to include services for any type of performing artists who need promotional materials. We shoot almost every genre, including action scenes and horror scenes.

As a director, what advice do you have for actors, musicians, etc., who are looking to start their career in Hollywood?

First, you have to truly know yourself. You have to know your strengths and your weaknesses. And you have to be as positive as possible that this career is the one you wish to pursue. A lot of hardworking and talented people have come to Hollywood with the desire to pursue their dreams. There is a lot of competition, so you need to be prepared that things won’t be easy. Since I’ve been in L.A., I’ve seen that a lot of artists who strive to succeed lose themselves in the process. So it’s important to find your inner balance. The rest will come with patience and hard work.

And what advice do you have for directors who would like to work in the film industry?

Two things: Shoot as much as possible. Scenes, short films, anything that can sharpen your skills. And study in-depth the art of storytelling.

Anyone can be a director these days. People shoot short films from their mobile phones and can edit entire movies on their laptops. Social media has become a good source for distribution. The directors who last in time are the ones who have a deep understanding of storytelling. No matter how good the visual effects are, or how big the budget is, what matters the most, since the ancient times, is story. So my advice to young directors is to study, understand and experiment with telling stories that engage the audience. Social media is a good way to start and see how the audience responds to your work.

What are you working on next?

I seek to have influences of Greek history and mythology in my future work. I’m currently working on a screenplay and an animated educational project — both related to Greek Mythology — while my partners and I keep producing scenes and short films for emerging artists through our company. We are also talking with some venture capitalists who have shown interest to help us grow L.A. Demo Reels and take it to the next level.