‘The Elgin Marbles Don’t Belong to Us,’ Says British Writer 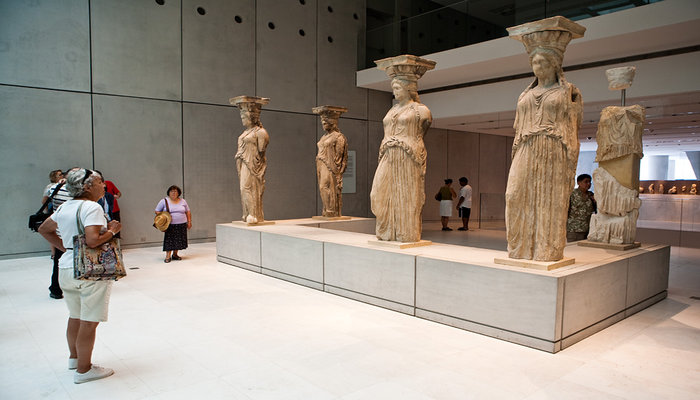 “For years I have argued against holidays and giving back the Elgin Marbles. I was wrong about both,” said the British award-winning writer and journalist Howard Jacobson in an article about his first travel experience to Greece published in the British newspaper “The Independent.”

In the article Jacobson admitted that until recently he was probably the only British writer who had never visited Greece. It wasn’t a matter of prejudice, he says: “It was Zorba who initially put me off Greece. I mean that in the gentlest way. There was no prejudice involved, just a skeptical reluctance to buy into all that male vitality stuff,” writes Jacobson.

He had his second impression about Greece and Greek people many years later, when he was teaching in Sydney and in Oxford. In Sydney he had many Greek students and he admits that some of them were among his brightest students. However, when in Oxford he was shocked when he saw the relationship between some Greek men and their mothers. “When I was teaching at a language school in Oxford, a group of young Greek men turned up with their mothers who not only accompanied them to the discotheque where they pointed out suitable girlfriends for them, but on occasions even barged on to the dance floor to extricate the young women in question from the arms of other men. These could be Jewish mothers, I thought. And in their deference and shyness, their sons could have been Jewish boys,” stresses the renowned writer.

As far as the Elgin Marbles are concerned, he was highly convinced that they belonged to the British until he visited Greece and the fantastic Acropolis Museum in Athens. He then realized that something was wrong. “But a funny thing happens, reader, when you wander round the marvelous Acropolis Museum in Athens and note a signal absence, and an even funnier thing happens when you find yourself dining with Greeks on a rooftop restaurant beneath the Parthenon itself. Suddenly, you know the Marbles don’t belong to you. A mad impulse grips me. I will get them back for you, I want to say,” Jacobson said, describing his thoughts and feelings.

The writer then visited Chania, in Crete for a while. He loved the beautiful city and he described it as the city with nice restaurants, charming locals, a restored synagogue and lovely sunny days.

He continues describing another encounter with Greek people, which reminded him of how he felt when he was teaching in Sydney: “Here, behind the reception desk, it is again – four Greek women for the sound of whose intimate, throaty laughter Odysseus would have stayed away from home for ever.”

“Travel, reader. It loosens the mind,” Jacobson concludes his article, giving simple yet important advice to the readers.