GRNews
GreekReporter.comGreece680,000 Greek Children at Risk of Living in Poverty

680,000 Greek Children at Risk of Living in Poverty 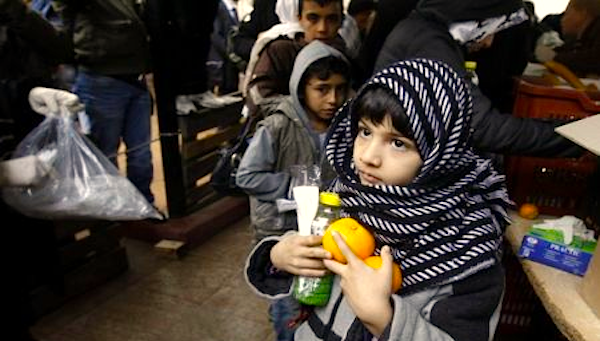 An article on the website of newspaper New Europe points out the consequences of the financial crisis for Greek children. The article cites data from the Greek National Committee of UNICEF and states that about 686,000 children in Greece are at risk of poverty and social exclusion.
The number of children reported to be living in jobless households has increased by 70% in the past four years, with unemployment reaching 28%. The living conditions of many children has worsened dramatically as their parents have also lost their social and health insurance after government welfare cuts.
The article refers to the action of NGOs that provide food, clothing, healthcare, and even psychological support to families facing financial difficulties. Moreover, Greece’s Ombudsman and NGO data show that an increasing number of children are working to support their families.
According to the national statistical service ELSTAT, about 6,000 minors were working in 2012, although the real number is estimated to be even higher. As such, the number of children who have abandoned school has also increased considerably. Eurostat statistics showed that 11.4% of students in Greece interrupted their studies in 2012.
“Every day, parents call us for help. Families who are financially strained made calls to us to ask where they can get their basic needs, such as food, clothes and other essentials,” a social worker told New Europe.