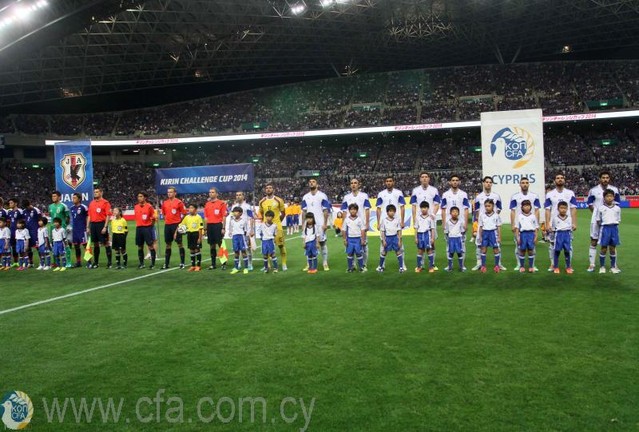 The Cyprus national football team won the applause of Japan in their international friendly match in Saitama with 65,000 people in the stadium and television audience of half a billion on Tuesday, May 27.

The Cypriot national team was defeated with a score of 1-0, but managed to do well in this extremely difficult game, wowing the audience and earning the praise of the home team. Atsuto Uchida scored the goal for Japan that determined the final score.

It was a very good performance by a youthful, under-prepared team against a clearly superior and more experienced one, which gained the respect of their opponents.

On bench: C. Mastrou, G. Loizou, N. Ioannou, G. Ekonomides, A. Papathanasiou
The next match for the Cyprus national team will be away in Bosnia on September 9. It is also possible that there will be another friendly game on September 5.

Watch the video with the teams entering the football field below: