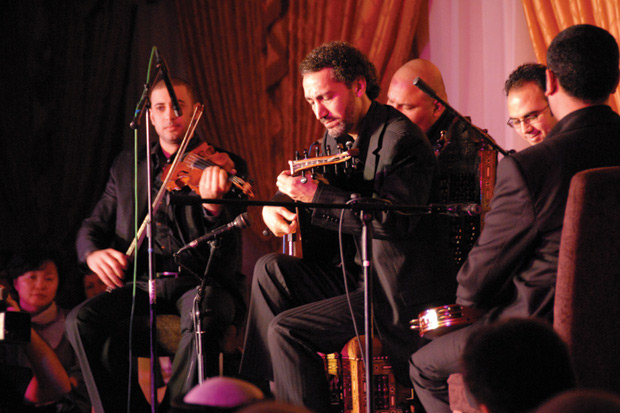 A trio of musicians from Greece will perform live in an event organized by Bait Al Oud, and the music institution of Abu Dhabi Tourism and Culture Authority (TCA Abu Dhabi). Bait Al Oud organized two music concerts that aim toward the cultural exchange between east and west.

These concerts are part of the monthly program through which Bait Al Oud offers a series of live music concerts performed by its students and graduates, as well as some of the world’s most famous musicians.

The Greek trio will perform on Thursday May 29 in Abu Dhabi and Friday May 30 in Al Ain City. The group will present a selection of contemporary and classical musical compositions, and features Giorgos Manolakis, who is considered by many to be Greece’s best bouzouki player (a musical instrument similar to the oud) accompanied by Giorgos Giannadakis and Maria Fasoulaki.

“We are delighted to offer the lovers of original music in Abu Dhabi and Al Ain an exceptional evening, allowing them to enjoy an enchanting atmosphere brought to them by three of Greece’s most skilled young musicians,” stated Naseer Shamma, founder of Bait Al Oud in Abu Dhabi.

He added that Bait Al Oud organizes these music events in an attempt to show the skills of the emerging generations of musicians across the region and the world.