The 8 Best Things about Being a Greek American 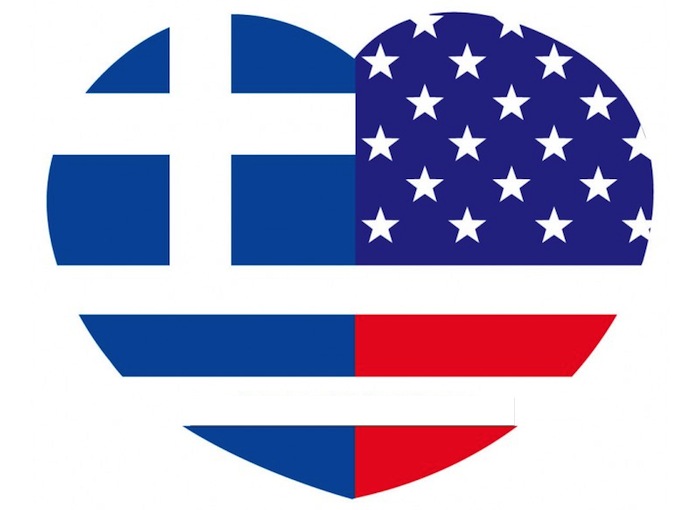 We may not be Irish Americans or Italian Americans in huge numbers, but Greek Americans are special and wonderful for so many reasons. I have grown up around Greeks my whole life, and while I do love it all, here are the 8 best things about being a Greek American.

1. Our Greek Families. While this can also sometimes be possibly one of the worst things also (kidding), our Greek family members are a wealth of knowledge about the Greece that they left behind, what it was like, what it is like now, and what it is like to be a Greek American. They are who mold us into our current understandings of our history, our family’s origins in Greece, and who help us form our own Greek American traditions, which often take their own unique shapes.

2. Greek food. Whether it has been adapted through generations, or if yiayia is still making it the way she made it in Greece, Greek American food has a special place in that it is the physical representation of Greek roots being planted in America and having a part in our lives here. When a younger generation learns to cook Greek food, it becomes Greek American and continues to be passed on. Food is a wonderful tradition, often linking generations, family members, and even other Greek American families together.

3. Greek festivals. It is fantastic to see Greeks from our areas of the United States get together and share their pieces of Greek American culture. It is an opportunity to try different variations of recipes, learn about other Greek traditions, and see how other Greek Americans celebrate their heritage.

4. Greek church. While not all Greek Americans are religious or Greek Orthodox, for those of us that are, Greek church is a fantastic place to hear Greek being spoken, hymns being sung in traditional form, and witness the customs and practices of Greek Orthodoxy. I love the smell of the incense, and immersion into language that I usually only hear from my yiayia.

5. Instant connections with other Greek Americans. Sometimes our last names are a dead giveaway, and sometimes it is the sharing of a Greek dish at an office party. Once we meet a fellow Greek, it is exciting to share family experiences and have a laugh about what we have in common. Greeks come in all sizes, shapes, and colors in America, and I am always excited to hear where another Greek American’s family hails from. It isn’t hard to feel proud about being Greek when another Greek identifies you as Greek American.

6. Cheering Greece on in all sports. Whether it’s the Olympics, football (soccer), or Team Greece at the US Roller Derby Finals, cheering on fellow Greeks is always exciting and rewarding. Feeling a connection to a sports team is important and rewarding.

7. Greek mythology & ancient Greek history. As an English Literature scholar, all through undergrad and graduate school, I felt a unique tie to Greek mythology and ancient history, even if I am only ¼ Greek. Knowing that my ancestors came from Greece, I feel like the ancient history of Greece, along with it’s fascinating mythology is part of me. It is also a great way to get Greek American children interested in history and literature. The closer we feel to a subject, the more seriously we take it and the better we remember it.

8. A connection to Greece. As if we ever needed a push to travel the world, being Greek American is a great excuse to travel to Greece and explore. Thanks to genealogy websites, it’s easier than ever to trace back one’s family history to figure out where our relatives lived, what their livelihoods were, and what they did in their communities. Every Greek American should make it a point to visit Greece someday, as it is the culmination of all our Greek American traditions and history. Being Greek American is a cause to celebrate, be proud, and celebrate our heritage as descendants from a beautiful and culturally rich country.

There are so many reasons to be a proud Greek American, and these are just a few. Every Greek American has his/her own story, history, and traditions. Feel free to share below what YOU think are the best parts of being a Greek American!