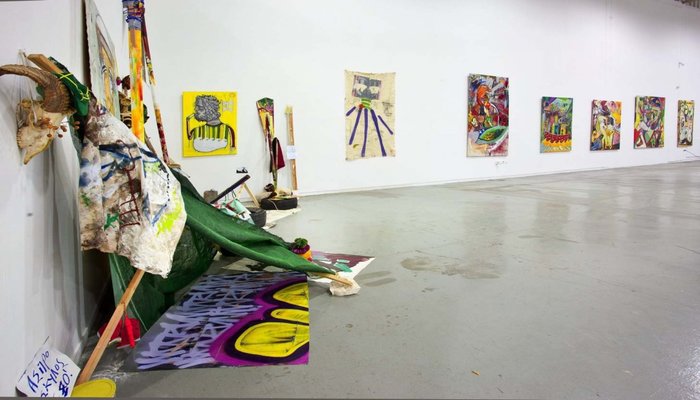 One hundred students of the Greek Schools of Fine Arts will present their works in the 7th Student Biennale, organized in June by the Greek art newspaper “Ta Nea tis Technis” (“The Art News”) in cooperation with the Liaison Office of the Athens School of Fine Arts.
More specifically, students from the Schools of Fine Arts of Athens, Thessaloniki and Florina will participate in the art exhibition, presenting their works and competing with the other participants.
The 7th Biennale will be hosted in the Theocharakis Foundation, in Athens and will be open for visitors from June 6 to June 15. The traditional award ceremony for the distinguished works will take place on June 5 in the same venue. The winners of the three awards and the three accolades will be selected by a committee of professors of the three schools and organizers.
The art exhibition will be inaugurated by Panos Charalambous, the president of the Department of Fine Arts of the Athens School of Fine Arts, while representatives of Greece’s Schools of Fine Arts and organizers will speak.
The Student Biennale was launched in 1997 as an annual competition among the students of the Athens School of Fine Arts. However, since 2000, students from all three Fine Arts Greek Schools participate and compete every year.
Furthermore, the Student Biennale of 2005 traveled to Canada after an invitation of the Greek consulate and joined two major international art exhibitions in Toronto.