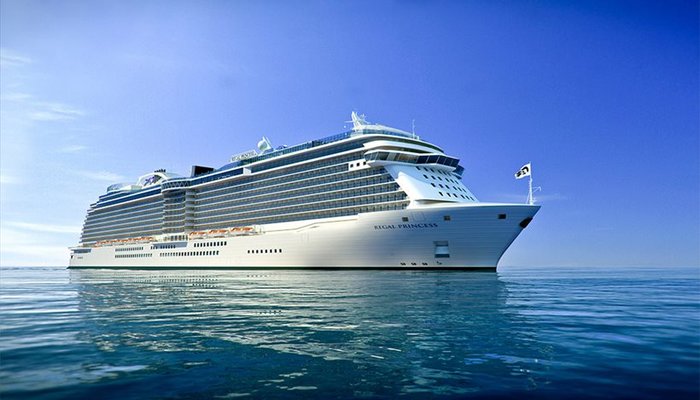 The luxurious Regal Princess, the youngest vessel in Princess Cruises’ fleet and one of the biggest cruise ships worldwide, arrived Tuesday at the port of Piraeus, on Greece during its maiden voyage. 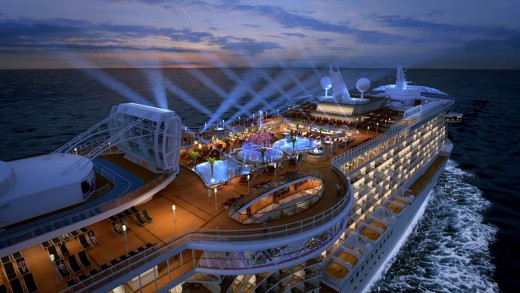 Built in Italy, the Regal Princess is 330 meters long and weighs 142,714 tons. Its crew consists of 1,346 members and can host 3,560 passengers in 1,780 rooms on its 19 decks. The ship has also 16 bars and restaurants, a luxury spa and a top-deck glass-bottomed walkway extending over the edge of the ship.
Its Captain, Edward Perrin will be welcomed by officials of the Piraeus Port Authority, whose president and chief executive Yiorgos Anomeritis will present him with a commemorative plaque and books for the ship’s library at a special ceremony on board on June 23. 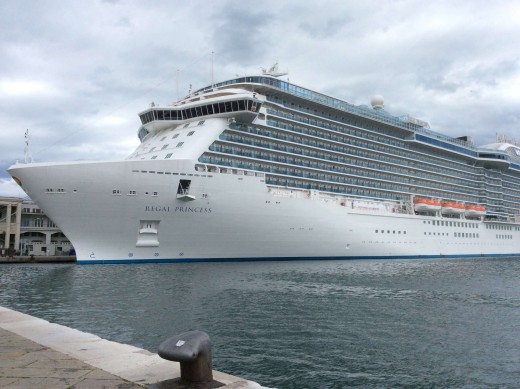 Paul Ludlow, Princess Cruises’ managing director, said about the new ship: “Regal Princess is a magnificent ship and it’s a pleasure to welcome her into our fleet.
The variety of on board options means guests will be spoilt for choice when they take a cruise, from being pampered in the luxury spa, to dining in the specialty restaurants to taking a dip in the fresh water pools.”
The Regal Princess started its maiden voyage on May 16 and its inaugural cruise includes stops in several Greek islands such as Corfu and Mykonos, and Istanbul.
[youtube]HysOJqdzOhI#t=67[/youtube]