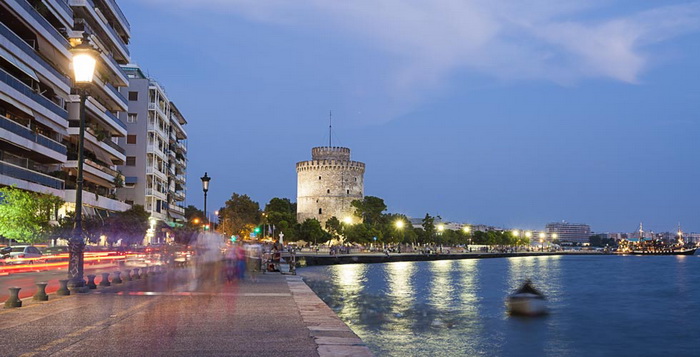 Investors from Turkey have expressed their interest in Greek properties. Twenty four Greek properties were presented in a tourist event held in Istanbul on May 22, among which the historic building Caravanserai, in Thessaloniki, northern Greece. The prices of the buildings range from 5 million euros to half a billion.
“We initially started with ten properties, but later 14 other properties from various places such as Kos, Crete and Santorini were added to the list,” stated Nikos Sapountzis, spokesman of TourismPlus, one of the two organizing companies.
Within the next days a representative of a major Turkish construction company will visit Thessaloniki to see the properties. As reported, the company wants to build a luxury 5 star hotel in the city.  In early July a delegation of the Turkish Tourism Investors Association will also visit Thessaloniki to examine the available properties.
The attendees were informed on the  fiscal, legal and economic environment in Greece and signed a confidentiality agreement in order to maintain the anonymity of clients represented by the two Greek companies. The organizers aim to conduct similar events in Azerbaijan, China, the Arab Emirates and the Scandinavian countries.
The chairman of the Association of Turkish Travel Agencies, Basaran Ulusoy, stressed the need for cooperation between Greece and Turkey in the field of tourism. “The Aegean Sea doesn’t divide us, instead it unites us,” he said.